The Iraqi Civil Society Solidarity Initiative [ICSSI] and the Baghdad Marathon want to extend our condolences to the families of the victims of the explosions that took place at the Boston Marathon, in Baghdad, and elsewhere in Iraq on April 15th. We grieve for all those killed and injured by these explosions targeting innocent, peaceful people. We reject the idea that violence is ever an effective means to make a statement or promote a cause. In solidarity with the people of Iraq and the U.S., we want to understand why these tragic events occurred, to seek justice for the victims, but most importantly to promote a culture of nonviolence in which differences are resolved by dialogue, and to build a world in which public sporting events create communities of trust and peace.

Boston The two powerful bombs that exploded near the finish line of the Boston Marathon on Monday afternoon killed at least three people, including an 8-year-old child, and injured more than 130 people. The Boston Marathon, while a world-class sporting event, has always also been about community values, charity, and good works. This year the 26th and final mile of the Marathon, where the bombs went off, had been dedicated to the victims of the shooting at the Sandy Hook Elementary School in Newtown, Connecticut. “26 miles to honor 26 victims,” read the banners and signs. The spirit of healing that slogan conveys is one of the ways that sports promote peace. It should inspire us all to work for nonviolence wherever we live. Baghdad, and Beyond Tragically, deadly explosions are all too common in Baghdad, but April 15th was a particularly devastating day. According to Iraqi security sources and medical personnel, at least 79 people were killed or wounded by six explosions in different parts of Baghdad. Seventeen car bombs went off in other parts of northern, central and southern Iraq, killing or wounding at least 219 people – nearly 300 in total. Among the victims were innocent bystanders, government officials, police, and candidates in the local elections that are to be held in Iraq on April 20th. This loss of human lives is intolerable. Another Way As we mourn and grieve, we must work together to promote alternatives to violence. We must reject the belief that individuals, movements, or nations can ever solve their problems through violence. We must reject calls for revenge or further violence. The ICSSI has promoted solidarity with nonviolence and human rights activists in Iraq since 2009. These activists are the greatest hope for a renewed and peaceful Iraq. One of their dreams is to hold a Baghdad Marathon. In the wake of the Boston tragedy, they have rededicated themselves to a race that will prove that the streets of Baghdad can be made peaceful for sports, and that sports can promote a culture of nonviolence. A Baghdad Marathon would be a vitally important event that could help us all to heal. 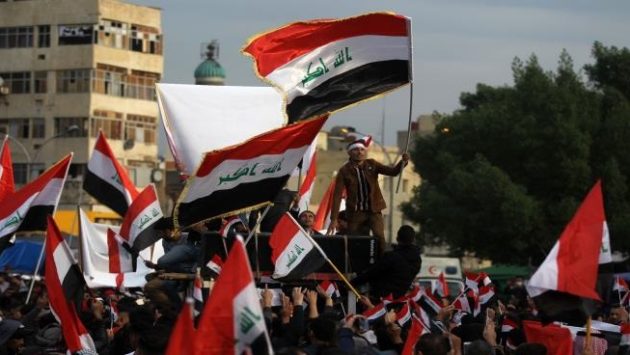 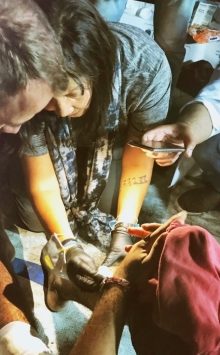