Spontaneous demonstrations have been going on since yesterday evening, 20 July, in the Iraqi cities of Baghdad, Kirkuk, Basra, Karbala and Najaf, and in the Iraqi Kudistan city of Sulaymaniya. Groups of people rallied in the streets to protest against yet another air raid conducted yesterday by the Turkish armed forces in Iraqi Kurdistan. The bombing struck the village of Parakhe, near Zakho (Duhok province), killing 9 civilians and injuring 24. Many of the victims were Iraqi tourists, aged between 1 and 71.

For over two years, the international End CrossBorder Bombing Campaign has been denouncing Turkey’s armed aggression against the territories of Iraqi Kurdistan and the Nineveh Governorate, which over the years has caused severe harm and losses to the local population, causing deaths, injuries, displacing entire communities, and damaging the economic activities on which the region lives, such as agriculture, cattle breeding, and tourism.

Yesterday, for the first time, both the regional government of Iraqi Kurdistan and the federal government of Baghdad acknowledged Turkey’s bombing of Iraqi territory, condemning it as an aggression against Iraqi national sovereignty and its people. The Council established at the Ministry of Foreign Affairs also announced the opening of a dossier on Turkey’s repeated attacks within the borders of Iraq, in cooperation with the authorities of the autonomous region of Iraqi Kurdistan. The withdrawal of the Iraqi ambassador in Ankara was also announced, while the expulsion of the Turkish ambassador from Baghdad is imminent. The Iraqi parliament has also scheduled a debate on the Duhok bombing for Saturday, 23 July.

The ECBB campaign offers condolences and solidarities to the victims and their loved ones. We call once again for an end to Turkish military operations on Iraqi and Iraqi-Kurdish territory.

Today, our activists took part in the demonstrations in Sulaymaniya and Baghdad, and we are also campaigning at the international level for an end to the supply of military and paramilitary equipment to Turkey from its trade partners such as the US and European countries.

Campaigners have also conducted research on the frequency of bombings, death toll, and the identity of the victims. Data and findings were analysed and organised under the form of a report, which is going to be launched next month. 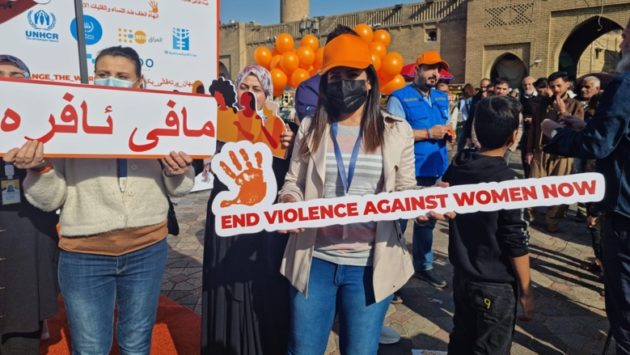