New regulations passed by Iraq’s parliament in September on the Yazidi Survivors Law mark long-overdue progress for many who suffered atrocities committed by the Islamic State (IS) armed group, Amnesty International said.

However, the Iraqi authorities must do more to address the needs of all survivors, including by specifically providing reparations for children who were born as a result of sexual violence by IS members during captivity.

The Iraqi authorities also largely ignored the significant recommendations made by Iraqi civil society organizations on the regulations, meaning they lack a survivor-centred approach and fail to establish accountable mechanisms and processes for outreach, applications and review of claims.

“The new regulations to enact the Yazidi Survivors Law are an essential step towards justice for the Yezidi community, and towards ensuring that reparations actually reach survivors,” said Nicolette Waldman, Researcher in Amnesty International’s Crisis Response Programme.

“However, children who were born as a result of sexual violence by IS members are not specifically referenced in the law, and nor are the needs of their mothers. This is a significant omission that must be addressed to ensure justice for all Yezidi survivors.

“Although some Yezidi women chose to separate from children who were born of sexual violence, many others were forcibly separated – and remain desperate to be reunited.

“The organizations and civil society actors whose tireless advocacy has helped the law become reality are to be commended. Unfortunately, the Iraqi authorities missed a key opportunity to incorporate their recommendations on the regulations of the law. At Amnesty International, we now call on the Iraqi authorities to heed their calls during the actual implementation of the law.”

Between 2014 and 2017, IS committed atrocities against the Yezidi community in Iraq amounting to war crimes and crimes against humanity, and, according to a  UN inquiry, genocide.

On 1 March 2021, the Iraqi parliament passed the Yazidi Survivors Law which provides a reparations framework for many survivors of IS crimes, including women and girls who were subjected to sexual violence, as well as child survivors who were abducted before the age of 18.

Although the law focuses on the Yezidi community, it also includes in its scope reparations for survivors from the Christian, Turkmen, and Shabak minority groups. The law provides for a monthly salary, a plot of land or housing unit, support to re-enter school, access to psychosocial and other health services, as well as other essential assistance.

In a report released last year, Amnesty International documented how almost 2,000 Yezidi children who have returned to their families after being held captive by IS are facing a physical and mental health crisis.

Fostering solidarity across borders to protect the shared rivers of Mesopotamia! 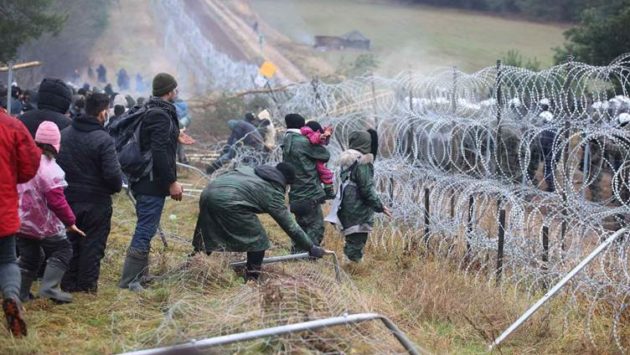