When protests erupted in Baghdad and other parts of central and southern Iraq in October 2019, tens of thousands of mostly young people took to the streets demanding improved government services and more action to curb widespread corruption. The protests quickly evolved into calls for accountability as security forces repeatedly employed excessive force against them, killing hundreds of the largely peaceful demonstrators.

Although the protests have since diminished, those killings have not, as various armed groups continue to target critics of the government, including journalists and activists, in a vacuum of impunity. If the authorities are not able to take urgent steps to stop these extrajudicial killings, the palpable climate of fear they have created will severely limit the ability of Iraqis who have been calling for change to participate in upcoming parliamentary elections slated for this October.

In late 2019, protesters were initially demanding more government action to rein in corruption and ensure adequate access to electricity, water and jobs. But when armed forces in Baghdad and other parts of Iraq used live ammunition to target the demonstrators—and even abducted, abused and killed protest organizers—they pushed those still on the streets to galvanize around calls for accountability for that repression. Then-Prime Minister Adil Abd al-Mahdi was unable to stop the killings or hold those responsible accountable. He resigned in November 2019, paving the way for a caretaker government led by Mustafa al-Kadhimi to step in pending new elections.

While some observers, myself included, viewed these events with deep despair because of the death toll of more than 500 people, others I spoke with in Iraq kept highlighting what they saw as a major achievement of the protest movement. Demonstrators in Baghdad’s central Tahrir Square were eager for an opportunity for political change a chance to rewrite the social contract between the Iraqi government and the people written in the aftermath of the American invasion and occupation. Many spent their months in the square discussing political ideals and ultimately forming political parties with civic-minded platforms. Some protesters, rights activists and even foreign diplomats in Baghdad were quite optimistic at that point that the movement would be able to secure real change.

But instead, over the past year and a half, the protests waned, while the killings have continued. The Independent High Commission for Human Rights of Iraq has reportedly registered 81 assassination attempts against anti-government activists and journalists since the demonstrations began, 34 of which have been successful. Almost a third of the killings have taken place since Kadhimi took office a year ago.

Many of these killings and abductions have targeted the people who were leading voices during the demonstrations and journalists who covered the unfolding events in Baghdad and other centers of protest. Despite the gravity and scale of the ongoing assassination campaign, Kadhimi’s government has failed to ensure any accountability or justice.

Soon after taking office, Kadhimi established a committee last May to investigate and hold accountable those behind the killings of protesters—but it has yet to publish any findings. There are few other signs that he has made any other progress. Armed groups have become so brazen that gunmen have no fear approaching someone in the middle of the street in a major Iraqi city and shooting them without consequence.

Perhaps the strongest message of impunity was sent by the killers of Dr. Hisham al-Hashimi, a member of the political elite in Baghdad and a close ally and adviser of the prime minister, who was assassinated in July 2020. Despite Kadhimi’s commitments to hold his murderers to account— “We promise the killers that we will go after them so they may be served their just punishment,” he said—the crime went unpunished. It felt to me, and to many others, like a checkmate moment between these killers and the Iraqi government.

Because of these targeted killings, many Iraqis who led the protests and who were keen to become the soul of a new political movement in Iraq have fled their homes in fear or gone silent. Some, if not most, will most likely no longer risk carrying out a public political campaign focusing on calling out those behind these abuses, or on reviving protesters’ demands for accountability.

And so, instead of political change, the main outcome of the protests may instead be to further plunge Iraq into lawlessness. Many of the armed groups behind the recent killings have political parties, some of which are already in parliament. The parties may be able to use the upcoming elections to entrench themselves among the ruling elite. The more these groups are able to enter the governing structure and co-opt efforts to stop the killings—and provide justice for victims—the bleaker Iraq’s future looks. 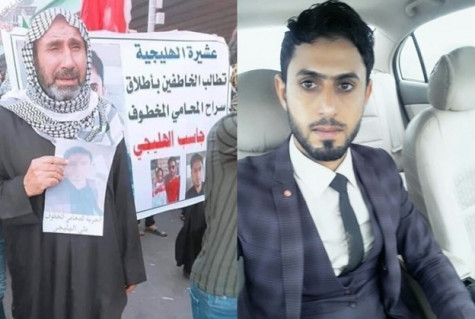 Road blockade by inhabitants of Hasankeyf against ILISU Dam 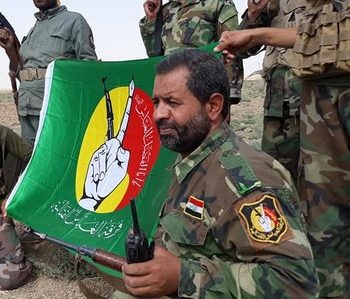