The Iraqi Independent High Electoral Commission (IHEC) recently announced its intention to begin monitoring sources of funding for Iraqi parties. “The commission will implement the clause on organizing electoral campaigns for the parties that will participate in the upcoming elections and monitoring their funding sources according to the election law,” IHEC spokeswoman, Jumana Al-Ghalai said. He also explained  “the commission will continue to prepare other procedures related to the election campaign.”

But some parliamentarians and politicians doubt if the monitoring will be successful or sufficient, since political parties can hide their sources of income since many have internal supports or external connections.

“The commission does not have enough ability to succeed in monitoring the financial sources of Iraqi parties, since it’s difficult to identify sources of external funds that reach the parties. Considering this matter requires significant intelligence work and high-level international coordination,” Ali Manea, an Iraqi MP said during an interview with “The New Arab”.

Ali Manea added, “The parties have the ability and capabilities to hide many of the facts that the Election Commission is looking for, because they register funds in international banks under the names of unknown people in Iraq. Some political forces received money illegally because they took over ministries and local governments in Iraq”. He described the failure to determine the source of political parties’ funds from 2003 to the present as a result of not conducting the investigation seriously. Furthermore, many of the monitors are themselves members of Iraqi political parties and blocs.

“There is another reality that is completely different from the commission’s goals of organizing a clean voting process”, explained an official with the International Commission of Integrity, who chose not to be identified when the official spoke to “The New Arab”. All the previous elections were conducted with the general wealth for the election campaigns. Additionally, some political parties used the power of a ministry to benefit themselves for the sectarian interests, which transformed ministries into quotas between the parties”. “There is a major legal deficiency in monitoring process because the law gave the IHEC the right to monitor the source of income of political parties in elections, not the Judicial or Integrity Committee, this is a major limitation on integrity of monitoring.”

An official at the International Commission of Integrity who did not want to be named told “The New Arab”, “Although a law was passed six years ago, to determine the source of the party’s income, it did not take a single step forward. It cannot be advanced within the framework of the present political forces that have dominated all the political scenes since 2003 unless those forces can be questioned”.

For example, in 2015 Parliament passed Law 36 on this issue, but it neglects some important points including parties’ relations with foreign entities, disclosure of financial receivables, and that many parties have armed forces. In the past, all attempts by Iraqi political forces to pass a law on this issue failed to achieve their goals because according to the content of the law, many parties are allowed to take advantage of it.

Sadiq Al- Mahena, leader of Al-Nasr coalition also told “The New Arab”, “It is difficult to monitor this process because most of the parties are funded by well-known countries and parties. For example, when a parliamentarian spends 5 billion Iraqi dinars (3.4 million dollars) in the elections, the sources of this money must be investigated. Political income can affect elections, as it did in the 2018 elections. Some parties obtained some of their money through government contracts, and stole state funds, while others obtained foreign funding. The reason for the failure of the party’s financial supervision efforts since 2003 is due to the weak national oversight and lack of accountability.”

Human Rights Defenders in Iraq Pay the Most! 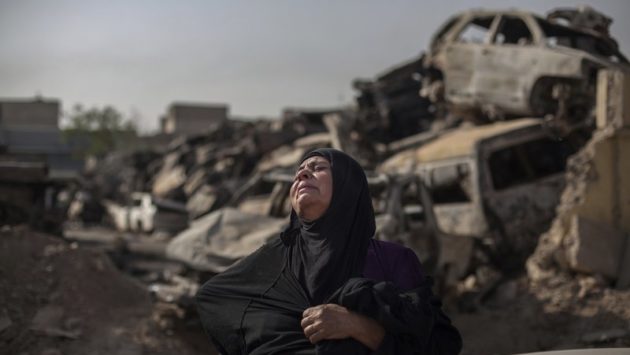 The Tremendous Toll behind the Liberation of Mosul