As of March 23, Iraq had registered 266 novel coronavirus cases, with 23 deaths. Although Iraq is much better off than many other countries, the fast-growing number of cases — 33 new infections and three more deaths in a 24-hour period — indicate that Iraq soon may face a very difficult situation.

Also, measures the government has taken to fight the virus have damaged the economy; these steps have included imposing a curfew, closing roads between cities and canceling all religious tourism. This is not mention the oil price drop.

Many Iraqis, fearing that the country will suffer a more widespread outbreak, have started wearing face masks and have stayed home rather than go to their jobs in an effort to avoid catching COVID-19. However, a small number of people are not abiding by the government’s curfew order, causing fears that the situation will worsen.

Merchants have jacked up the price of face masks, taking advantage of the growing demand. The Ministry of Industry and Minerals quickly responded by manufacturing masks locally and selling them to citizens at reduced prices.

The government has taken many of its measures to prevent a greater outbreak across, Iraq knowing that the country’s health sector has an acute lack of infrastructure, equipment and medical staff and could be easily overwhelmed.

Iraq already had been dealing with an economic crisis, partly due to the demonstrations that have been ongoing in many Iraqi provinces since October and accompanying political paralysis.

Many Iraqis rely on private businesses, be they small and medium enterprises, to earn a livelihood. But the virus or the fear of it is casting a dark shadow on such companies.

The fear of getting infected in crowded places such as cafes, restaurants and malls was depressing customer visits even before the government’s March 7 order for the businesses to close. Some of the businesses, however, are still staying open.

In the usually tourist-crowded hotels in the cities of Karbala and Najaf where Shiite Muslims arrive to visit the Imam Ali Shrine and the Abbas and Hussein shrines, one only finds silent corridors.

Iraq closed down its religious shrines after it was confirmed that a student of religious sciences coming from Iran was infected with the virus in Najaf province. News photos have shown major sterilization operations at religious shrines.

Saeb Abu Ghneim, head of the association for hotels and restaurants in Najaf, said, “The hotels in Najaf have been going through a real financial crisis for months,” and added, “The crisis exacerbated with the fear of a coronavirus outbreak and [the government] banning Iranian tourists from entering into Iraq.”

He said, “There are 350 hotels in Najaf, all closed because of the virus,” adding that even “Iraqis are no longer visiting the city of Najaf.”

Abu Ghneim said that shortly after the protests began, the number of hotels that continued to operate dropped to 30. He said, “Today, all of the hotels are closed out of fear of the spread of the coronavirus.”

Abu Ghneim said restaurants also have been badly hit, “as the people fear catching the virus from the utensils, such as the spoons and plates” and “are staying home.”

Iraq also is hurting in a major way because of its heavy reliance on income from its oil. Abdullah Kharbit, a member of the parliamentary economic and investment committee, told Al-Monitor, “The spread of coronavirus around the globe has left a direct impact on the Iraqi economy, as oil prices decreased.”

Kharbit seemed more optimistic about some other areas of the economy. He said, “The goods arriving in Iraq are not affected at all. They are brought in through the border crossings after getting sterilized.” He was referring to goods coming from Iran, among other places.

He said that importers, “whose activity mainly depends on China, will not be affected,” and added that this sector “will more likely benefit from the stagnation of goods in China.”

“The internet is saving merchants from the need to travel to China. The payments are made online,” he said.

Iraqi imports mostly come from China, Iran and Turkey. The list of imported goods is long, and includes furniture, clothing, food and milk.

But Abdul Razzaq al-Zuhairi, the head of the Federation of Chambers of Commerce, pointed at a slowdown in “sales and imports of goods from China and Iran.”

He told Al-Monitor, “The problem lies in the merchants’ inability to go to China and import goods,” as Iraq has halted travel to and from China and Iran.

Zuhairi said, “The continuation of troublesome conditions will more likely cause a monopoly of basic commodities and subsequent exploitation of the people.”

Authorities have repeatedly reassured Iraqis that the situation is under control, and the media have continued to refrain from reporting unconfirmed news about the virus in Iraq to prevent panic. 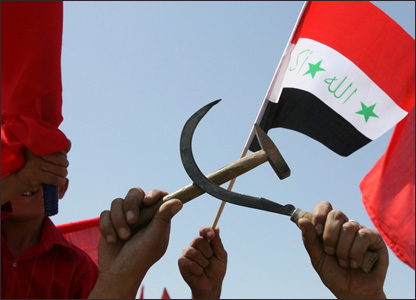 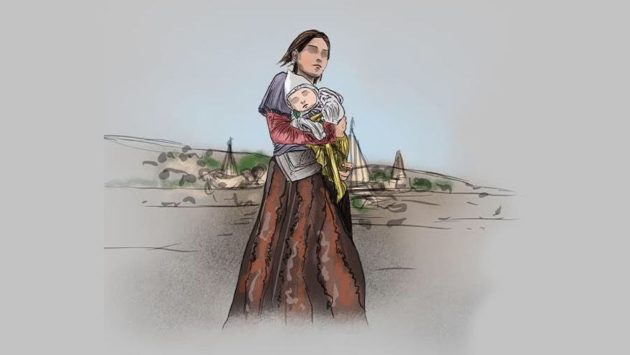