International Day for Preventing the Exploitation of the Environment in War and Armed Conflict, 6 November 2019

The international community needs to take bold actions before, during and after armed conflicts to protect people and the environment.

That is the call being made today by 102 NGOs and experts from 33 countries to mark the UN day on conflict and the environment. It includes Save the Tigris Campaign from Iraq.

The NGOs behind today’s statement are active in the fields of human rights, humanitarian disarmament, development and environmental protection, and are joined by leading experts in conservation, international law, public health, peacebuilding and other fields.

Wim Zwijnenburg, Project Leader for PAX on Conflict and Environment: “We have witnessed the severe environmental degradation and pollution in the various conflict areas PAX is working in. This has affected the health and well-being of communities, and their opportunities to rebuild their lives and livelihoods. The international community should step up their efforts to rethink military operations, improve research into environment dimensions of armed conflict and mainstream environment in humanitarian response. We need a robust, international coordinated and comprehensive mechanism to ensure this happens timely and swiftly.”

New constituencies have also engaged on the topic, with conservation experts recently calling for measures to protect biodiversity in areas affected by conflict. The signatories argue that this momentum for change has been underpinned by a growth in understanding about the connections between the environment and armed conflicts.

It is vital that the international community builds on this momentum to ensure that the environment is accepted as a critical component of peace and security. To do so, governments should draw on the knowledge of civil society, experts and communities to help develop policies that can protect human health and ecosystems, and restore damaged environments.

November 6 is the UN’s Day for Preventing the Exploitation of the Environment in War and Armed Conflict, which aims to increase awareness of the environmental dimensions of armed conflicts.

Participate in Save the Tigris Program of the Fourth Iraqi Social Forum! 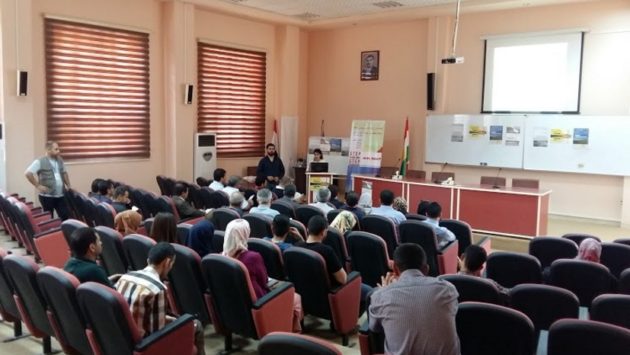 The negative impact of large dams: a seminar in Erbil