Protests by Sunni Muslim residents in the northern Iraqi city of Mosul, in support of a Shiite Muslim army officer from the south, are a hopeful sign of a new, less sectarian national identity in Iraq. But the fact that this general was part of the reason for recent protests is also a sign of how tensions between the US and Iran are negatively impacting the country.

The army officer in question is Abdul Wahab al-Saedi, a general in the Iraqi army and one of the military leaders best known for his role in the fight against the extremist group known as the Islamic State. Despite the fact that his rank meant he could have avoided it, he would often appear on the frontlines alongside counter terrorism forces in dangerous IS-dominated places like Tikrit, Fallujah, Ramadi and Mosul. Those appearances meant that al-Saedi became a hero among ordinary Iraqi people, something that is rare for locals who mostly despise the political class. Al-Saedi – who told interviewers he did not think about sectarian allegiances when he was fighting for the country – eventually came to be seen as something of a symbol of an emerging national unity in Iraq, after two years fighting the extremist Islamic State, or IS, group. Many Sunni Muslims and Shiite Muslims were united against them.

Caught in the middle of the US-Iran fight, Iraq’s nascent national unity is being slowly crushed.

But then this past week, the general was ousted from his role leading the famed counter terrorism services. Al-Saedi described the move as a “humiliation”. And The reasons for this remain unclear. Why would Iraqi prime minister, Adel Abdul-Mahdi, do such an unpopular thing while his government is facing all kinds of other challenges and major public pressure due to a lack of state services and corruption? Was Abdul-Mahdi unaware of al-Saedi’s popularity across sects and ethnicities?

Nobody is saying. However leaks indicate that it may well be because of political negotiations behind the scenes that will eventually see senior security roles shared out differently, between the ruling political parties. That in itself is not something new in Iraq. However what is new is that there is a larger dimension to the  case of the “wounded” general.

Al-Saedi is a true product of Iraqi military institutions. He was gradually promoted under the Saddam Hussein regime and already had a high rank before the US invasion that toppled Hussein in 2003. In the following years, he became a member of the special operations forces, which were actually redeveloped from scratch by the US military. Despite the fact that recruits came from all sects and ethnicities (in an effort to banish Saddam Hussein’s Sunni bias), the new special forces were considered by some Iraqis to be loyal to the US. That criticism is now emerging again.

And it may well be emerging because some of Iraq’s semi-official Shiite Muslim militias, those closely affiliated with Iran, have found the popularity of the counter terrorism forces and their leader, al-Saedi, troubling. In many ways, the special forces were seen as particularly heroic in the fight against the IS group, who became universally unpopular. To counter this, the Iran-affiliated militias began to accuse the special forces of being disloyal to Iraq, and loyal to the US.

On the other side of the equation, the politicians and lobbyists opposed to Iranian influence in Iraq supported the growing popularity of al-Saedi and his troops – not because they particularly liked him but because affection for him was a thorn in the side of their enemy, Iran and the Iranian loyalists in Iraq.

This conflict between Iraq’s two important, but rivalrous, international partners – Iran and the US – has been raging since 2003. Back then, both Iran and the US had a common goal: getting rid of Saddam Hussein. Even today, the US still justifies its invasion and the consequent mismanagement of the country by saying it had to topple a dangerous dictator. Iran says it needs to have influence in Iraq in order to prevent the re-emergence of another dictator like Saddam Hussein.

But what neither side understands is that nobody knows about Saddam Hussein’s cruelty better than Iraqis themselves. For decades they lived in a police state where there were murders and mass graves and wars with neighbouring nations.

So now Iranian leaders are shocked to see Shiite Muslims in Basra and Dhi Qar praising Saddam Hussein – a Sunni Muslim and a cruel authoritarian; but the Iraqis do this, not because they like Hussein, but because they hate their own ruling parties. Iraq’s other ally, the US, doesn’t like to contemplate the idea that there are Shiite Muslim politicians who are liked, and even respected, in Sunni Muslim towns. Current tensions appear to have led both allies to think only in black and white, or good and evil.

The general, al-Saedi, was not loyal to the US when he led the special counter -terrorism troops and not all of the Shiite Muslim men who volunteered to fight the extremist IS group are loyal to Iran. The majority of Iraqi army officers and militia fighters have – or had – one thing in common: loyalty to Iraq. Unfortunately tensions between US and Iran are now having a larger impact. And, caught in the middle of this fight, Iraq’s nascent national unity is being slowly crushed.

One of Iraq’s biggest problems remains the lack of a decent and just election law, one that would allow wider, and real, representation for the majority of Iraqis. Many voters believe that the only parties that can win under current rules are those with foreign backing, roughly divided on the US-Iran axis. This is why the country sees such record low, and steadily sinking, voter turnout numbers. In 2018, less than half of eligible voters – around 44 percent – bothered to even cast a ballot. This boycott of the democratic process will only continue.

Faced with a number of stalemates, it took the current Iraqi government months to choose who would fill the all-important positions at the top of the ministries of interior and defence. In the end, they picked technocrats. The Iraqi defence and interior ministers – respectively, Najah al-Shammari and Yassin al-Yasseri  – lived in Iraq before 2003, just as al-Saedi did. The former ministers were even members of Saddam Hussein’s nationalist Baath party – not because they joined willingly but because they, like millions of their country people, had to join if they wanted a job.

None of these men – al-Saedi, al-Yasseri, al-Shammari – had particular allegiances to Iraq’s foreign allies. They were appointed and, in al-Saedi’s case, celebrated, for their ability to get the job done without prejudice. Now there is reason to believe that, if al-Saedi can be unceremoniously dismissed like this, that the two other men could be too.

One thing does remain certain though: The resentment of the average Iraqi on the street is growing. Given yesterday’s event – where anti-government protests became violent and some protestors held aloft al-Saedi’s picture – it is clear that, as Iraqi cleric Ali al-Sistani once predicted, such demonstrations of anger on the street may become increasingly uncontrollable and more dangerous, if the situation remains the same. 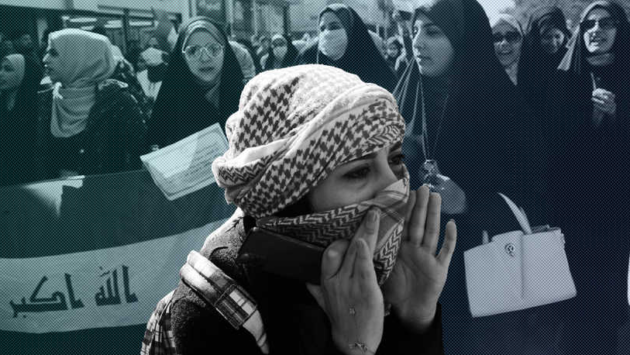 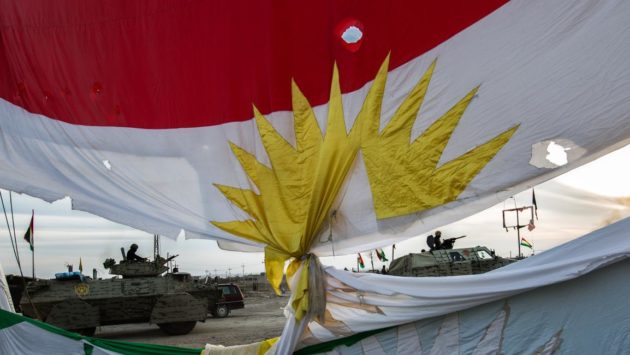 What is Behind the Delay in Implementing of the Agreement to Stabilize Sinjar?