-Police forces and snipers deployed at high buildings, committing a massacre against young protesters: the number of martyrs rises to more than 73 (mostly protesters, including 7 police). the number of wounded exceeds 3000 according to the Office of Human Rights,
– Witnesses and pictures of martyrs killed as a result of direct fire from snipers on the roofs of buildings
– The protests reached areas on the outskirts of Baghdad, such as the Shula and Zaafaraniyah areas.
– Wide demands for the resignation of the government of Abdul-Mahdi and cleric Moqtada al-Sadr adopt this demand,
– The government continues blocking the internet service throughout Iraq, except the Kurdistan region.

The issue was never just a matter of water, electricity or services; it was and will continue to be the cause of a people and their homeland, a call from those who have been deprived of rights for too long, and who are insisting that their most basic rights are ensured!

On the morning of the first Tuesday of October, a number of demonstrators gathered in Tahrir Square in central Baghdad to start a peaceful demonstration to call for their social rights as guaranteed in the Iraqi Constitution. These include the provision of job opportunities and basic services, a better infrastructure throughout the country, and an end to corruption. Quickly, the protest movement spread to other cities such as Nasiriyah and Diwanyah, where widespread nonviolent protests met with repression by security forces and resulted in the death of 4 protesters, nearly 200 wounded and dozens arrested. The demonstrations continue in the center of the Iraqi capital, Baghdad, with more clashes between demonstrators and riot control forces. The number of victims is rising.

These demonstrations should be seen as an extension of the movement of peaceful public protests which has been going on in Iraq for years now, where people are calling for an improvement in the reality of their daily lives, insisting that they receive the basic services they are legally entitled to. People are fed up with the corruption around them and want to see more jobs for young people. In addition to these persistent problems, the current demonstrations are based on two new issues: first, the Iraqi Prime Minister, Adel Abdul Mahdi, decided two days ago to transfer the head of the counterterrorism military force, Lieutenant General Abdul Wahab al-Saadi, to the Ministry of Defense. The latter considered this to be a punishment, and one he received for no discernible reason. Lieutenant General al-Saadi is a popular leader as it was he who was instrumental in the liberation of Iraqi cities from Daesh. Iraqis thus took this action by Iraqi Prime Minister Adel Abdul Mahdi as further evidence of the kind of corruption and cronyism that is rampant in the Iraqi government.

The second reason grew out of the repression met by young graduates when they chose to demonstrate against job insecurity and lack of employment opportunities in Baghdad. Their peaceful protests did not warrant this kind of heavy handed response.

In Baghdad, the protests began peacefully in Tahrir Square. Protest coordinators used social networks to mobilize people to demonstrate. When riot police confronted the nonviolent demonstrators with tear gas, batons, hot water and fire, groups of marchers spread to the bridge of the Republic and other streets nearby. The violence used by authorities resulted deaths and injuries among both demonstrators and security forces, and led to a media blackout on the subject.

A young man, Mortada from Sadr City, whose brother Murtaza tragically died in the war against Daesh, protested in these current demonstrations with a sign that read, “Soldier, do not shoot! Your mother and my mother cry with the same tears. You are fighting for me and I am demonstrating for you.”

Mortada, like so many other peaceful demonstrators, was merely calling out for his legal rights, but bullets do not feel pity, nor do they recognize the hopes of the youth who wish only to make their situation known publicly and peacefully.

The death of young Murtaza caused a large wave of anger throughout Baghdad, particularly within Sadr City, and led to a gathering of protesters who cut off the highway so that the army could not intervene. In the late hours of the night, protestors extended their demonstrations to the area of Husseiniya, near Sadr City. The roads leading to these areas were completely closed as was Tahrir Square itself, and the demonstrators were prevented from reaching them. Eyewitnesses reported that “Armed forces used live bullets and tear gas in Zaafaraniya area on the second day of the demonstration,” (2 October).

The demonstrators gathered and set off towards Tayeran Square where they performed a common prayer open to all people, whatever their sect or religion. In this way they showed the unity of the protesters.

A number of women joined the ranks of the demonstrators to call for their right to mobilize and participate in the current public activism. Perhaps the most prominent location of women’s support for the demonstrators came through what activists circulated in social media. A video of a woman selling napkins to be distributed among young people suffering from the effects of gas bombs revealed feelings of love, concern and solidarity for the young and exhausted protesters. Three women were injured in Tayaran Square in central Baghdad, of two of them were transferred to Sheikh Zayed Hospital due to exposure to noxious gases.

Noteworthy is the lack of media attention from Iraqi or Arab news channels: no mainstream teams were present at the site of the demonstrations, and a number of attacks on journalists were recorded as they tried to cover the events. Equipment was broken and some journalists were beaten and arrested for reporting news about the widespread peaceful protests. Activists are worried about a possible ban on Facebook, the largest social network used to cover all protest news. And there is even fear that there will be a complete ban on the internet in the coming hours. Activists on social networking sites have circulated some techniques to maintain communication with the outside world in the event of an internet blackout. The July demonstrations last year witnessed just this kind of repression of communication and information.

A number of civil society organizations have also joined forces with the peaceful demonstrators. Al-Amal Center and Al-Nama’a Center issued a statement on the demonstrations stating, “What happened today is a blatant and outright attack on freedom of expression and peaceful assembly, and a violation of human rights and constitutional articles, conventions and treaties.” The OHARD Alliance of Human Rights issued a statement condemning the use of repression and excessive force by police and riot police against unarmed protesters.

The current demonstrations are the first of their kind to achieve this level of momentum and mobilization during the mandate of the government of the current Prime Minister Adel Abdul Mahdi, but there is nothing new in the government’s harsh and disproportionate response to the protest movement and its goals. Previous governments worked to suppress protests and intimidate protesters, and the present government is no different. Iraqis consider it a clear sign that there is no change in how the country is now being run despite the change of those individuals currently in power: even if the Mahdi government is the result of an alliance which was thought to be representative of the interests of the people, its forces were present at the scene of the protests, and their use of violence has undermined trust in their intentions.

One of the most striking paradoxes we see today is that 2 October marks the International Day of Nonviolence, the birthday of Mahatma Gandhi, the leader of India’s independence movement and pioneer of the philosophy and strategy of nonviolence. On this day we hoped that the Iraqi government would respect the means of nonviolent struggle, the most important of which is protest and demonstration. We hoped that authorities would deal with the demonstrators with an open mind, with some understanding of their needs, and the will to take part in clear, honest and open negotiations.

The Iraqi Constitution states that the government is required to respect the people’s right to demonstrate and express their opinions publicly, thus they should respect nonviolent action as a legitimate and just means of social and political change. Abuses against nonviolent protesters must stop and an immediate investigation must be opened into who is responsible for the killing and wounding of unarmed protesters. The government should also release detainees held in Baghdad, Nasiriyah and Diwanyah and other cities.

The Iraqi Civil Society Solidarity Initiative (ICSSI) calls on the United Nations and its mission in Iraq (UNAMI) and the European Union office in Baghdad to intervene to stop the violent actions taken by Iraqi government as they are direct violations of the Iraqi government’s commitment to the international community, and a contradiction to values of human rights and freedom of expression. 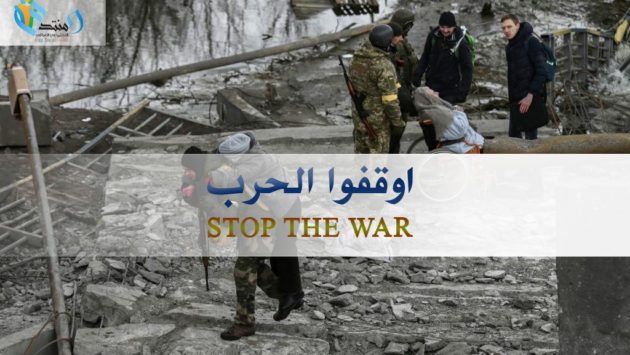 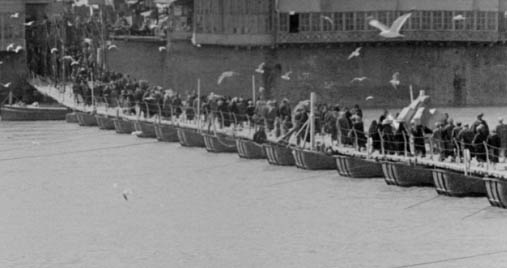 Interview Gertrude Bell Documentary: ‘She Would be Unhappy with Iraq Today’