A Kurdish language teacher and activist, who has been sentenced to five years by Iranian authorities on national security charges, turned herself in on Saturday following a final ruling from court about her case.

Zara Mohammadi was charged with “establishing a committee and group that is against the stability and security of the system” and sentenced to five years in prison by a Sanandaj appeals court in February 2021. She was informed late December by the judiciary of the city in Iran’s western Kurdistan Province that she had to turn herself in to serve her five years sentence.

Mohammadi, accompanied by dozens of people, went to Sanandaj court to turn herself in. She bade her last farewell to her relatives, colleagues and supporters. The activist told people outside the court that it is ridiculous to jail someone who advocates for her mother tongue. “This is one of our basic rights.”

“One who is arrested will definitely further defend their belief,” she added.

Mohammadi is a co-founder of Nojin Cultural Association – is an organization whose work includes teaching Kurdish language and literature. At the time of its director, Mohammadi’s, arrest, the association was teaching Kurdish to hundreds of children in and around Sanandaj.

Arrested in May 2019, Mohammadi had initially been sentenced to 10 years in jail before launching an appeal. She has said that she was charged with forming groups that would harm the national security of Iran, and the sentence for that article of the law is between two to ten years. She was released on a bail of 700 million Iranian tomans (approximately $27,000) in December 2019 after her case gained worldwide attention and the support of Amnesty International.

Mohammadi “has been accused of co-operating with Kurdish opposition groups and charged with national security offences for her peaceful activities empowering members of Iran’s marginalized Kurdish community, including through teaching the Kurdish language,” Amnesty International wrote in its appeal for her release.

Soma Pour-Mohammadi, a member of Nojin Cultural Association, said in front of the court on Saturday that Mohammadi has been defending the objectives of the association which includes ethnic rights of people.

“Today, we have gathered to say that Zara is not alone at all. She is the [co]founder of Nojin Cultural Association and has been working for the objectives [of the association] to come true for 11 years … which includes ethnic rights,” she said.

Saywan Ibrahimi, a member of Nojin, said they will continue her struggle and defend her rights.

Ethnic minority groups in Iran, including Kurds and Azeris, are disproportionately detained and more harshly sentenced for acts of political dissidence, according to a July 2019 report by the United Nations Special Rapporteur on Human Rights in Iran. 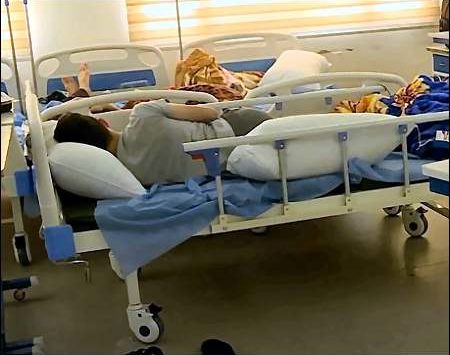