After 36 years of lobbying by Iraq, the ancient Mesopotamian city of Babylon was designated in July a UNESCO World Heritage Site. But this may mean even harder work for Baghdad and the local administration, which now have to implement a tough plan for the management and protection of the site that was the seat of successive empires under rulers such as Hammurabi and Nebuchadnezzar.

“Now that the city has been included on [the UNESCO list], there are several key projects that need to be carried out,” said Qahtan al-Obaid, the Iraqi coordinator for UNESCO, the United Nation’s cultural arm, and head of the team that prepared the Babylon file for UNESCO. He told Al-Monitor, “Most importantly, [we need to] document the damage of archaeological sites and start rehabilitation in line with international collaboration.”

“The city’s association with one of the seven wonders of the ancient world — the Hanging Gardens — has also inspired artistic, popular and religious culture on a global scale,” said a UNESCO statement announcing the decision after the UN body’s meeting in Azerbaijan on July 5.

UNESCO also warned that the site is in an “extremely vulnerable condition” and in need of urgent conservation. “The property suffers from a variety of threats including illegal constructions, trash dumping and burning, small-scale industrial pollution, urban encroachments and other environmental factors. At the time of inscription, and despite conservation efforts undertaken since 2008 with international collaboration, the general physical fabric of the site is in a critical condition and lacks a well-defined and programmed approach towards conservation,” it continued. 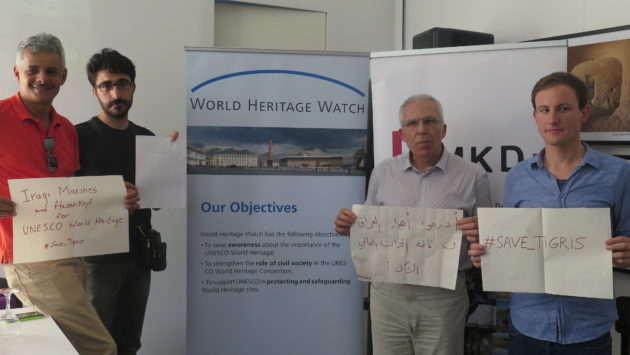