It‘s not too late to Save Hasankeyf and Tigris River!

No filling of the Ilisu Dam Reservoir!

For 12.000 years, Hasankeyf in the Southeast of Turkey has been a site of uninterrupted human settlement. With the labour of dozen of cultures this outstanding universal site has been created on the banks of the Tigris River and adjacent small valleys and hills. Recent excavations show that Hasankeyf lays atop of a deep, uncovered cultural heritage. Independent researchers state that Hasankeyf and the surrounding Tigris Valley are as important historically as Ephesus, Troy and Cappadocia and fulfill 9 out of the 10 UNESCO criteria for a World Heritage Site. It is assumed that Hasankeyf is the twin of Göbeklitepe, a sanctuary site 225 km to the west with a similar age, which led to global new conclusions on history’s first human settlement.

While the Turkish government achieved the inclusion of Göbeklitepe in UNESCO’s World Heritage List, Hasankeyf and the surrounding Tigris Valley is planned to be flooded by the Ilisu Dam and Hydroelectric Power Plant Project, which is almost fully constructed. In recent statements the Turkish government announced that it will start the filling of the Ilisu dam reservoir on June 10, 2019. Officials add that in October 2019 Hasankeyf town would be affected by raising water level.

The Ilisu Project was and is a completely wrong and destructive investment. That is why since the beginning the project it was strongly opposed not only at the local level in Turkey, but also in Iraq, Syria and globally. Contrary to official claims, the dam would have no socio-economic or any other benefit for the majority of society in the affected region and up to 80.000 people would loose their livelihoods. Apart from Hasankeyf, an important part of the not yet excavated cultural heritage in Upper Mesopotamia along the Tigris River would be flooded. The biodiversity of the Tigris River ecosystem – still mainly natural – would be degraded significantly. The Ilisu Project would also gravely affect the downstream stretches of the Tigris, seriously jeopardizing the water supply of major Iraqi towns, and Iraqi agriculture would be put under serious risk. In particular the UNESCO site of Mesopotamian Marshes in southern Iraq would be threatened with drying out due to reduced downstream flows.

In the last few years, the government’s program of so-called “monument relocation and consolidation of rocks” has seriously damaged the cultural heritage in Hasankeyf. But there is still so much cultural heritage left to rescue. Despite the project near completion, we believe strongly that the cancellation of the Ilisu project would stimulate a process from which the broader local population, Turkey and Iraq would benefit directly, economically as well as socially and culturally.

We call upon on the Turkish government not to start the filling by the Ilisu Dam, neither in June nor later. Instead a new broad, participative and transparent discussion with all representatives of the local population on the future of the affected five provinces should be started. Based on the common outcomes of these participatory discussions, policies on the future of the Tigris Valley and the surrounding region should be developed and implemented with the agreement of all affected parties. Another condition should be the achievement of a mutual agreement with Iraq and Syria according to international law, which should guarantee sufficient water flows into the Mesopotamian Marshes and southern Iraq.

We call on all people and organizations all around the world to support our demands and to launch similar calls on the Turkish government!

Save the Tigris Campaign, Iraq

The Peoples’ Advocacy Foundation for Justice and Redress, South Africa

Movement of Defence of Water, Land and Environment (MODATIMA), Chile

Platform in Defence of the Ebro River, Catalonia

Riverwatch – Society for the Protection of Rivers, Austria 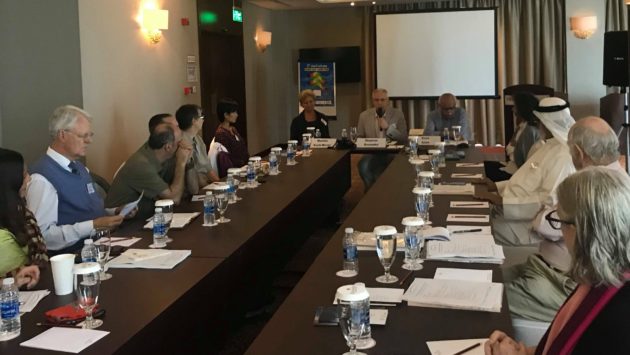