In recent years, Iraqi civil society has witnessed a number of local and international initiatives to protect Iraq’s cultural heritage. These initiatives have been spearheaded by young people interested in Iraqi civilization, which spans thousands of years. The efforts of these young activists have complemented and supported national policies with similar aims. In line with these, the “Urim initiative” was launched last June, to assist the local government in developing a special protection plan for the archaeological site of Ur in order to sustain the site and provide the requirements of UNESCO, especially after the inclusion of the site in the World Heritage List. Preservation of Ur was the focus of a session during the 5th season of the Iraqi Social Forum (held in Baghdad on 22 November). A number of youth and activists interested in archaeology attended and were encouraged to think about the role of civil society in the protection of Iraqi heritage. They discussed how civil society might cooperate effectively with those government agencies responsible for Iraqi heritage. In order to gather ideas and generate proposals for the development of such a partnership, they examined some successful models of existing cooperation, such as Urim initiative and the Mashufna Cultural Center in Nasiriyah. Because representatives from both civil society groups (Urim Initiative and the Mashufna Cultural Center) as well as government officials (Director of the Antiquities Police in Nasiriyah and a representative of the Thi Qar Archaeological Inspectorate) were present, the discussion was able to build fruitfully on direct experience. The session opened with a welcome speech reviewing the program by a representative from the Iraqi Civil Society Solidarity Initiative, Taif Alwachi. Next, Dr. Ismaeel Dawood from the organisation, Un Ponte Per, spoke about Urim, its objectives and the reasons behind starting it as an initiative from civil society. He then reviewed its future plans and the challenges it faces. He praised the continued efforts of civil society organizations and the local community, as well as the positive cooperation with Urim officials and government agencies.

Dr. Dawood also recalled the efforts exerted by Urim to enhance cooperation with the Iraqi State Board of Antiquities and Heritage (SBAH); at a seminar with the Archaeological Inspectorate in Nasiriyah last June, they discussed the reasons behind neglecting the great cultural heritage within the city of Nasiriyah. With support from a large number of archaeologists and others interested in Iraqi heritage, as well as a number of local officials in Thi Qar, the provincial council and the President of the University of Thi Qar and dean of the Faculty of Archeology, the seminar succeeded in convincing the government authorities in Nasiriyah of the important role civil society must play in the protection of archaeological sites, in particular, Ur, as a great piece of Iraq’s cultural heritage. Naseer Baqer, from the Mashufna Cultural Center in Nasiriyah, the local partner in Urim, then addressed several topics, including the important friendship between the Center, the Antiquities Police, the Archaeological Inspectorate and the Tourism and Antiquities Committee. This relationship led to a key collaboration with the director of the Museum of Nasiriyah, which had suffered dearly for many years from neglect. Naseer reviewed the work done to revive the museum’s garden through the work of the architect, Bassam Tirano. Tirano presented his initial plans, which include landscaping the left side of the museum garden with help from an expert agricultural engineer.

Hussain Ali, coordinator of the I Love Thi Qar forum, highlighted the great work of 15 young volunteers form Nasiriyah who helped to clean the garden by weeding harmful plants and rotating the soil — and who are now ready to move onto the next phase, which includes installing an irrigation system and new planting. This work, Naseer said, drew the attention of the government to the neglect of the museum and the need to unite and work together in order to revive it.

Colonel Fuad, Director of the Antiquities Police in Nasiriyah, welcomed the cooperation with civil society, praising the role played by NGOs and CSOs and their contribution in raising awareness and protecting archaeological sites from theft and vandalism. He also highlighted the activities carried out by these organizations to revive the cultural heritage through public exhibitions and various campaigns, commending the solidarity from many different groups that have raised the public opinion, and which played an important role in the inclusion of Iraqi archaeological sites in the UNESCO list of world heritage.

Finally, Dr. Dawood reviewed the proposed plans to establish a visitors’ tour and center for the site of Ur which was designed by the Italian architectural office of Carlo Leopardi, in cooperation with the Italian University Sapienza. These plans have been submitted to the Iraqi State Board of Antiquities and Heritage and the Ministry of Culture in order to obtain approvals and sparked real interest of participants in the session.

The session was full of lively discussions, with notable comments from representatives from the organization Iraq in History, Mr. Abdulsalam Taha, the architect Bassam Tirano, and Mr. Junaid Amer, a representative from the Ziusudra Archaeological Organization.

The Urim initiative was launched by local and international organizations aimed at helping the local government to develop a sustainable management plan for the archaeological site of Ur and to meet UNESCO’s requirements to preserve the city of Ur as part of the World Heritage List. 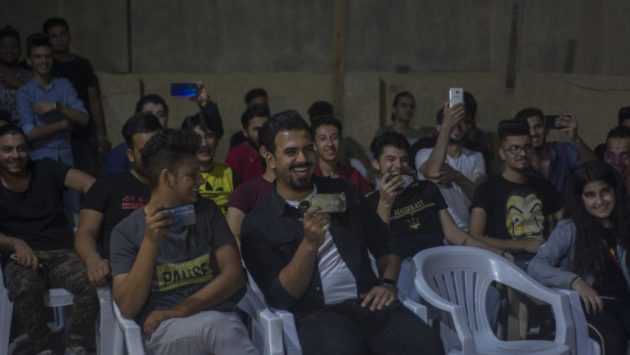 With a Paper and Pen, Dreams Can Come True