The following report was used in a July 2018 UN Security Council debate on the nexus between climate change and security, brought forward under the Swedish Presidency of the Council.

Iraq is exposed to three major threats: terrorism, corruption and climate change. While the first two have received considerable attention, the climate-related security risks facing Iraq have only recently begun to move up the agenda. Terrorism has threatened the country’s stability for a long time. At its peak (2014 and 2015), the Islamic State group (ISIS) controlled one-third of Iraq, waging genocidal campaigns against minorities and other Iraqis who rejected their regime. Yet ISIS is not the root cause of Iraq’s conflict, rather a symptom of decades of dictatorship, corruption and the sectarian policies of post-Saddam elites, as well as the exclusion and marginalization of Arab Sunnis.

One year on from the military success against ISIS, Iraq has reached a crossroads where sustainable peace is far from inevitable. To tackle the security risks facing post-ISIS Iraq, terrorism, socio-political and economic challenges need to be addressed together with climate-related security risks. Iraq is one of the Middle East’s most climate vulnerable countries. The combination of its hydrological limitations, increasing temperatures and extreme weather events puts pressure on basic resources and undermines livelihood security for Iraq’s population. Failure to monitor and manage these climate-related risks will increase the risk of ISIS and post-ISIS terrorist groups gaining support and regaining strength within resource-constrained communities.

Amid this complex risk landscape, this report has identified five priority climate-related security risks in Iraq:

1. Diminished agricultural livelihoods increase local support for terrorist groups: Efforts to diversify Iraq’s dependency on oil revenues (85% of GDP in 2017) have not resulted in any significant investment in sustainable agricultural livelihoods. Despite the fact that this is the second largest employment sector after oil, the Ministry of Agriculture receives one of the smallest allocations from Iraq’s national budget. Livelihood conditions are being undermined by increasing water scarcity, leaving people in ISIS-liberated areas vulnerable to becoming dependent on terrorist groups for access to basic resources. ISIS could capitalize on this situation, leading to a risk of increased local support for ISIS and other terrorist groups.

2. Insufficient governance capacity to address and respond to climate change and environmental degradation: Corruption, poor governance, wars, UN sanctions and the heritage of the Saddam Hussein regime have weakened Iraq’s economy and the state’s capacity to mitigate the impacts of climate change and modernize the water infrastructure and the agriculture sector. The Ministry of Water Resources has an ambitious 20-year plan (2015–35) to modernize Iraqi infrastructure, but the ministry lacks the financial means and capacity to implement it. Consequences such as violent conflict and displacement are becoming increasingly likely but have not been integrated into post-ISIS recovery plans.

3. Increased dependence on water flows from riparian neighbors and regional stability: Iraq is a downstream recipient of water, which makes it dependent on water flows from neighboring countries. As climate change causes more erratic rainfall in the region, Iraq is becoming more dependent on regional stability to maintain its access to water. Partly as a result of dam projects in Iran and Turkey, Iraq is currently suffering its worst water shortage crisis for 80 years. If neighboring countries are destabilized—by reduced rainfall or conflict—Iraq will be further exposed. To date there are no official agreements or frameworks in place to support equitable sharing of vital water resources in the region.

4. Mass displacement and forced migration: The combination of increased rainfall variability and dam projects in neighboring countries could increase the risk of displacement and forced migration along Iraq’s populous rivers. Seven million people live along the banks of the River Tigris. In combination with erratic rainfall, if water is diverted by Turkey, downstream in Iraq people will not have access to water for drinking or agriculture. This would increase the risk of displacement. The downstream Kurdistan region faces similar risks if water is diverted by Iran. The livelihoods of hundreds of thousands of people would be affected, potentially causing displacement and forced urban migration.

5. Heightened communal tensions over access to food and water: Climate change is presenting Iraq with erratic precipitation and increased temperatures, including a heightened risk of more regular and prolonged periods of drought. This increases the risk of communal tensions over food and water. Diminishing incomes, and food and water insecurity, put pressure on remaining scarce resources, risking increased tensions within and between communities. This is particularly the case in rural and marginalized communities where sufficient adaptive and mitigation policies have not been put in place. For example, in southern Iraq diminishing water resources have already led to demonstrations and local clashes over water rights.

Within Iraq, the capacity to address climate-related risks is limited. The government’s capacity to address environmental challenges is low, and the cascade risks associated with conflict and displacement are not systematically considered. Current UN support focuses on short-term crisis management linked to access to basic resources such as food, water and shelter. Some projects have begun to consider agricultural restoration, water diplomacy and sustainable water management, but the approach is fragmented and does not consider the interplay with Iraq’s peace and security.

This report recommends the following actions for the UN Assistance Mission to Iraq (UNAMI) and other international bodies in order to better address climate-related security risks in Iraq:

• Provide technical support for regional dialogues to find solutions to water and environmental challenges: At the request of Iraqi ministers, the June 2018 UNAMI mandate extension included a request for support for regional dialogue on energy, water, the environment and refugees. UNAMI is well placed to provide technical inputs to these discussions, reflecting on evolving short- and medium-term climate impacts, in order to strengthen sustainable peace.

• Support the Iraqi authorities in integrating climate-induced displacement, economic vulnerability and socio-economic instability into post-ISIS recovery plans: Lack of awareness of the impacts of climate-related risks on post ISIS recovery could create the conditions for further violence and extremism. UN agencies and other international organizations could help Iraqi stakeholders to develop integrated risk assessments that connect climate-related security risks to the root causes associated with terrorist group resurgence, which would inform post-ISIS recovery plans. 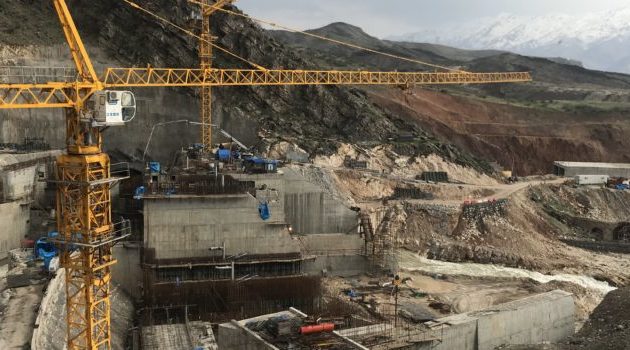