Women journalists, activists and human rights defenders tend to minimize the importance of protection for their devices and the digital content they use. Hence, most of them currently lack a clear strategy to protect their devices and information. This is a widespread problem and, in a country like Iraq which is emerging from years of war and occupation, it is further complicated by the fact that people must now move into an already accelerating world of communication and information technologies. Everyone, whether a state or non-state actor, can access digital information, and may use it in a discriminatory or even criminal way. The risk is particularly high for those who may have shared information about corruption or human rights violations.

The risk increases still more when we consider female activists, whose privacy has not traditionally been valued. What is the solution to this pressing issue?

The Shahrazad Digital Clinic, known as “Tech4Shahrazad”, is trying to provide solutions to these sensitive problems. The clinic, through a Facebook page (the most widely used communication site in Iraq), has established a unique and comprehensive protection policy based on the basic premise: “protection before risk”. The clinic seeks to reach the largest number of women human rights defenders in Iraq, including the Kurdistan region, for the purpose of raising awareness and turning public attention to WHRD’s as a way to protect their information and devices before any concrete risk arises. “Since the opening of the digital clinic in April 2017, our team has published detailed information about the most important social networking programs, and how the activist can protect herself by using each of these programs,” explained the clinic’s supervisor. This includes manuals to help protect activists who use Facebook and Snapchat, along with several others, such as a manual on the security of android devices and another on how to create a strong password.

The Tech4Shahrazad team has also made several short, simple, and informative videos about the problems that WHRD’s may face on the internet and how to solve them.
“We have reached many women, and provided them access to these materials, and this has attracted one of the most important interfaces in the digital security space, Cyber Arabs” said the activist T.R. They are now publishing material from our Facebook page on their site and in the Kurdish language. T.R. adds, “We have handled at least 20 cases so far for people who needed advice and solutions to their security problems in various social media programs. We do not disclose names or information of these people, taking into account the privacy of those we aim to help.”

Regarding the special cases, the clinic’s supervisor explains, “In the case of risks to WHRD’s or activists, we begin by assessing the risks and determine the actual threat level, first in terms of the personal safety of the WHRD, and second, in terms of her information. In light of this assessment we can then move on more than one level, again, always taking into consideration the privacy of the activist herself.

This digital clinic and its resources come within the framework of the Shahrazad project, implemented by the Italian organization Un Ponte Per… in cooperation with the Iraqi Civil Society Solidarity Initiative (ICSSI) and funded by the Federal Republic of Germany and the Swiss FAI Foundation. 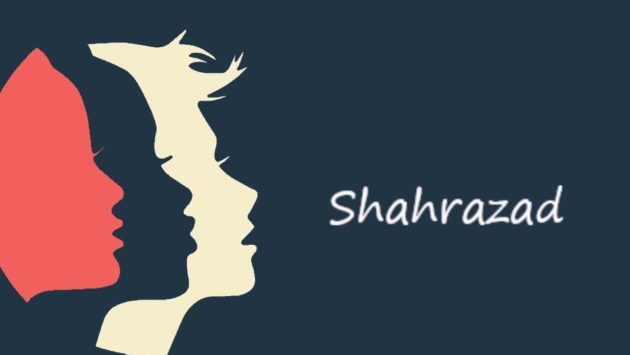 Guarantee Me a Safe Environment, I Will Protect Your Rights and Secure Your Freedoms