The Gulf Centre for Human Rights Beirut, 26 June 2012– In a wave of media repression, the Communications and Media Commission (CMC) in Iraq has called on the security forces to ban up to 44 media outlets due to alleged problems with their licences. The Commission was established in 2004 in order to monitor media and communications and to ensure that freedom of media and expression is protected in Iraq. In recent times the CMC has increasingly been imposing fines and collecting heavy taxes frommedia outlets and journalists. On 25 June 2012, a member of the board of trustees of the Commission, Salem Mashkur, made public the Commission’s decision to call for a ban of 39 media outlets. He referred to an announcement published by the Commission in all newspapers in February 2012, which called on media outlets to obtain licences within two months. He reported that “only a small number applied, and 39 media outlets preferred not to come and not to apply the law”. He said that the Voice of America had never obtained a licence, while the BBC had done so for its Arabic but not its English service. It is reported however, that a document has been issued by the CMC recommending that 44 Iraqi and foreign media agencies be banned from working in various areas in Iraq. The prominent local and international radio and television stations that have been subjected to the restrictions include the BBC, Radio Monte Carlo, the Voice of America, and Radio Sawa. The CMC outlined its decision based on authority given to it by Administrative Order No. 65 issued by the occupation forces, the Coalition Provisional Authority in Iraq. The Commission, acting on the Ministry of the Interior’s orders, has also reportedly limited the right to travel of staff of the media outlets. It also has power to carry out raids on their offices and to confiscate their equipment at the Ministry’s request. The Ministry of the Interior requested a list of names of unlicensed channels from the Commission and began to limit their travel in order to “help them and the organisation of the work, only”, according to Salem Mashkur. The Gulf Centre for Human Rights (GCHR) considers that the banning, the restrictions, aand heavy fines and taxes imposed upon the media outlets constitute a serious violation of freedom of the press and the media in Iraq and is in direct conflict with the Iraqi Constitution, which guarantees freedom of the press and expression. The GCHR believes that the CMC is not adhering to its purposes of respect for freedom of the media and freedom of expression. It is feared that the control of the ruling party on the current CMC may be jeopardising its independence. The GCHR urges the Iraqi authorities to ensure that an independent media commission is established which works to support journalists and media outlets and to protect freedom of expression in Iraq in line with international human rights standards. The GCHR urges the authorities in Iraq to: 1. Immediately and unconditionally revoke the order banning 44 media outlets in Iraq as theGCHR believes it is a direct violation of their right to freedom of expression; 2. Ensure that all journalists and staff of media outlets are free to travel in Iraqi free from any restrictions; 3. Take all necessary measures to guarantee that an independent and transparent media commission is established in Iraq to ensure that freedom of expression is protected; 4. Guarantee in all circumstances that all human rights defenders, journalists and media workers in Iraq are able to carry out their legitimate human rights activities without fear of reprisals and free of all restrictions including judicial harassment. GCHR respectfully reminds you that the United Nations Declaration on the Right and Responsibility of Individuals, Groups and Organs of Society to Promote and Protect Universally Recognized Human Rights and Fundamental Freedoms, adopted by consensus by the UN General Assembly on 9 December 1998, recognises the legitimacy of the activities of human rights defenders, their right to freedom of association and to carry out their activities without fear of reprisals. We would particularly draw your attention to Article 6 (b and c): “Everyone has the right,individually and in association with others: (b) As provided for in human rights and other applicable international instruments, freely to publish, impart or disseminate to others views, information and knowledge on all human rights and fundamental freedoms; (c) To study, discuss, form and hold opinions on the observance, both in law and in practice, of all human rights and fundamental freedoms and, through these and other appropriate means, to draw public attention to those matters” and to Article 12 (2): “The State shall take all necessary measures to ensure the protection by the competent authorities of everyone, individually and in association with others, against any violence, threats, retaliation, de facto or de jure adverse discrimination, pressure or any other arbitrary action as a consequence of his or her legitimate exercise of the rights referred to in the present Declaration.” The Gulf Centre for Human Rights is an independent centre and has been registered in Ireland. The Centre works to strengthen support for human rights defenders and independent journalists in Bahrain, Iraq, Kuwait, Oman, Qatar, Saudi Arabia, United Arab Emirates and Yemen. http://www.gc4hr.org/news/view/183 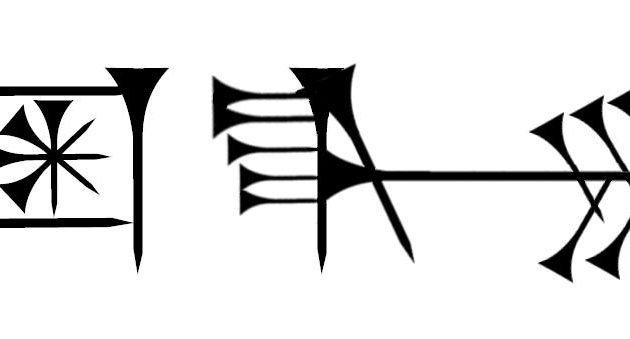 Youth of Iraq: Our personal freedoms are not guaranteed and government authorities are responsible for nearly half of the violations!