On 16-17 July, the Iraqi Social Forum (ISF) organized a training at the Youth Forum Hall in Sulaymaniya called, Nonviolent Facilitation in Society, The training included 10 young Sulaymaniyans, including 5 women.
The participants were from the Y-peer Network and X-line Volunteers. These are two young volunteer groups now active in Sulaymaniya which aim to inspire youth to take civil action.
The trainer, Raya Assi, is one of the activists within the Nonviolence Masar (path) of the ISF. The participants were trained for two days in the techniques and strategies of nonviolent facilitation, including; means for changing those habits that tend to escalate violence; methods of nonviolent conflict resolution; and ways to raise collective awareness about social issues through focused campaigns. The participants were also introduced to the ISF, its objectives, and its masar (paths).
Volunteers collaborated during the training to plan a civil campaign aimed at creating an atmosphere of peaceful co-existence, and preserving the cultural heritage of their lovely city. Participants discussed their concerns about the pollution of the city’s rivers, threatening the environment in which they live. They decided that by the end of the training, a team of volunteers would be formed to work on this issue in cooperation with the ISF, while networking with other similar campaigns in KRG and all over Iraq. The volunteers also decided to utilize social media to promote the campaign, launching a Kurdish hashtag that will be the campaign’s title.
This campaign seeks to have an impact on youth in Sulaymaniya. It hopes to change destructive social habits that damage the environment, and raise awareness about its protection and preservation. More broadly, the campaign hopes to create a sustained, healthy atmosphere for open dialogue between diverse groups. To this end, participants explored different activities which might be done in collaboration with other volunteers from other campaigns, stimulating cooperation with members of the local community in the city. These activities included gathering plastic bottles and other plastic objects dumped on the streets and other public property, for this kind of littering is considered to be among the highest risks to the environment worldwide. Language was the only obstacle that arose between the participants, as they spoke Kurdish, and the trainer, Arabic. This was overcome through the collaborative effort of the organizers and the participants: working together, they drew on each other’s knowledge of both languages, as well as English to succeed in conveying ideas and information.
It was decided that the ISF would sponsor such groups and their campaigns for civil action. The ISF seeks to connect youth groups in an organized network all over the country, to enhance the bonds of peace, to promote dialogue, and to accept each other, for another possible Iraq.
The workshop was within the framework of a larger program that has a two-part plan. The first includes cities along the Tigris River (Baghdad, Tikrit, Diwaniyah, Kut, and Amarah). The second includes cities along the Euphrates (Hit, Ramadi, the cities in Babylon Province, Najaf, and Nasiriya). This broad idea simulates an image connecting these cities by the two great rivers, just like the arteries connecting different organs of a single body. This program aims to emphasize the concept of peace and non-violent alternatives for conflict resolution, as well as to raise community awareness of the concepts of citizenship and acceptance of others. The program includes a number of workshops, festivals and different activities in these cities.
This program is implemented by the Iraqi Social Forum, the Information Center for Research and Development (ICRD), the Iraqi Civil Society Solidarity Initiative (ICSSI), and volunteers’ groups from these cities. The program is funded by the Swiss FAI agency and the Italian Un Ponte Per… organization. 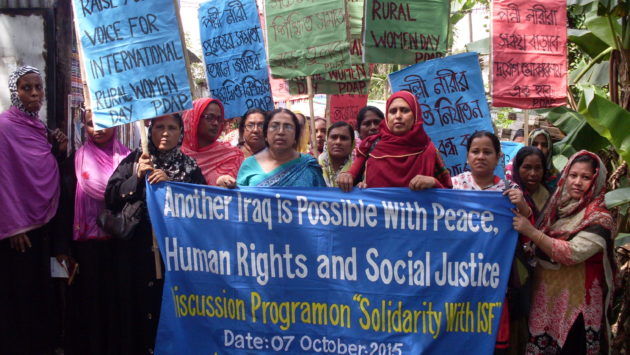 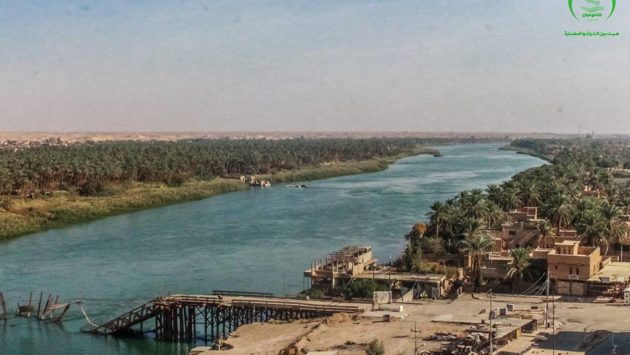 The International Solidarity Committee Of The World Social Forum Condemn The Violence, And Support The Preparation Of The First Iraqi Social Forum