In conjunction with the World Day to Combat Child Labor, the Solidarity Center held a conference entitled, “No to Child Labor in Times of Conflict and War” at the Al-Mansour Melia Hotel on Monday 12 June 2017 in cooperation with the Ministry of Labor and Social Affairs and the Iraqi Social Forum. Representatives from a number of Iraqi ministries, the Parliamentary Action Committee, trade unions and civil society organizations attended the conference.

Participants discussed the legal framework for the protection of children in Iraq, particularly in the labor market (both labor legislation and laws aimed more generally at the care of minors), as well as issues surrounding the implementation of compulsory education for children. Challenges facing the Child Labor Control Unit (part of the Ministry of Labor and Social Affairs) were raised, in hopes of determining the best and most effective strategies for the unit to pursue. The conference explored both the economic and social reasons behind child labor, and linked child labor to the quality of education and the availability of decent work in Iraq. Participants also reviewed the planned national strategy to reduce poverty and its impact on child labor. Conference discussions revealed that child labor has increased over the past years, largely due to the security situation in the country, the wave of displacement it’s caused, and the eventual return to liberated areas which require rebuilding. This instability has led directly to a dependence on children, specifically on their involvement in the labor market in those areas which have been devastated by occupation and war.

The problem of child labor emerged as an urgent problem, and conference participants recognized the need to join forces in order to develop a long-term plan of action. This involves putting together a team composed of members of trade unions, civil society, government and employers’ organizations who will review and analyze child labor in Iraq and develop solutions to deal with this critical issue. The next meeting of the Conference on Combating Child Labor in Iraq will be held on 17 June. Papers for the conference, decisions and recommendations will be published after the meetings have concluded and the work of the conference team has begun. 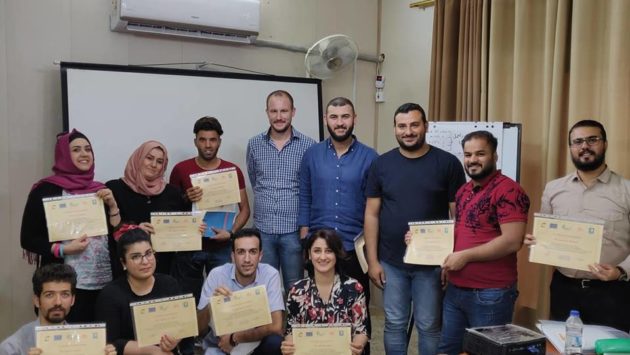