This new area is under the control of the often-controversial Kurdistan Worker’s Party, or PKK. The PKK has been fighting for Kurdish independence and rights in Turkey for years, in an ongoing conflict that has seen tens of thousands of both Turkish and Kurdish people die. In fact, the PKK is categorised as a terrorist organisation by some Western nations. But here, in the area the group refer to as Hareme Media, the PKK are in charge.

The route into Hareme Media passes through some difficult terrain, up until you reach a new checkpoint, this time staffed by PKK fighters. A billboard of PKK leader, Abdullah Ocalan, shows you that you have arrived.

It is cold here, in this district, between the borders of Iraq, Iran and Turkey, at the foot of the Qandil mountains, and it snows often. The PKK has been the authority here since the early 1990s.

According to the group, there are around 8,000 locals living here in about 26 different villages. Most of them, the PKK say, are not particularly involved in politics, although, thanks to the presence of the PKK, they come under threat from Turkish warplanes regularly. The Turkish

military regularly make incursions into Iraqi airspace to bomb the group whom they consider their enemy.

“Shelling by Turkish warplanes has led to the destruction of more than 100 homes and the deaths of dozens of innocent civilians,” Sarhad Varto, the spokesperson for the Union of Kurdistan Communities, or KCK, told NIQASH; the KCK is a kind of organizing authority associated with the PKK.

The authorities in Iraqi Kurdistan appear to have more or less completely pulled out of this part of the region. Locals are free to resolve any disputes using the local law courts, the PKK say, although they will get involved if invited to adjudicate.

The provision of municipal services is left to the PKK though, which charges locals some tax on income they earn with activities like bee keeping and farming.

The PKK takes IQD5,000 for every 100 boxes of bees and between four and five sheep for every 100 owned, says Bayonad Nabi, a local who has been subject to both these taxes.

That isn’t enough to administrate the area, spokesperson Varto adds. Additional funding comes from the Kurdish diaspora, scattered around the world, who donate because they believe in the idea of a Kurdish homeland; the Kurds are the largest ethnic group in the world without their own country.

One of the senior members of the administration in the area, Mohammed Hassan, says that the area was neglected by the Iraqi Kurdish authorities anyway and that the PKK has helped deliver services to locals.

But not all the locals are happy with this. One villager, who did not wish to be named, points out that Hassan was given the senior job in the local administration eight years ago and that this has never changed.

“The heads of the municipality are appointed by the PKK,” the man said, “even though we get to elect the village councils.”

He also complained that the PKK’s presence here made them all targets for the Turkish. “If the PKK was not here, then we wouldn’t have to deal with all this damage. There are many here who support the PKK though and they have a different opinion to me.”

While they tolerate it, some of the authorities in Iraqi Kurdistan are not particularly happy about the PKK being in control here either.

“Their presence here is neither legal nor constitutional,” Nazim Kabir Harki, vice-chairman of Iraqi Kurdistan’s regional committee of the interior and a member of the Kurdistan Democratic Party, told NIQASH. “The constitution states that no forces other than the Iraqi Kurdish military should be present in this region. The presence of the PKK is a clear violation.”

Last month there were clashes between the PKK and forces affiliated with Harki’s political party. These saw the Iraqi Kurdish forces coming closer to the Qandil area, even though Harki ruled out further fighting between the two groups.

“The PKK is fully prepared to face any attacks, whether from inside Iraqi Kurdistan or outside,” Varto noted defiantly.

To observers though, it seems clear: After all these years, it is highly unlikely the PKK will be going anywhere – the Kurdish region within the region will remain. 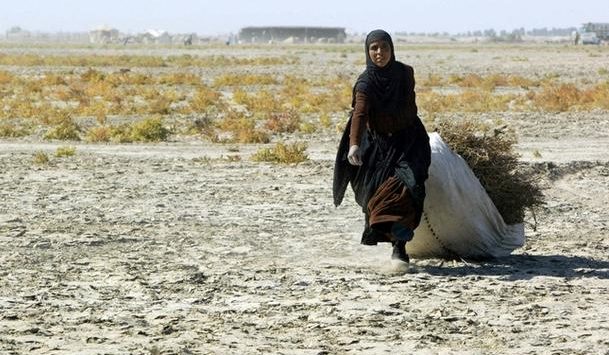