Yesterday, a prominent nongovernmental organization supporting the Yezidi religious minority said it was shut down by security officers from the Kurdistan Regional Government (KRG).

The organization, called Yazda, is located in the city of Dohuk in the Kurdistan Region of Iraq. Three KRG officers came to the offices and told staff the organization was now “closed.” Although Kurdish authorities claimed they closed down Yazda after warning it to abide by KRG rules governing NGOs, Yazda staff said that they received no such warning. Rather, they said officers provided no reason, no paperwork, and no information on how long it was being closed. The officers put locks on the doors to prevent staff from coming back.

One person close to the organization told me he suspected that the decision stemmed from Yazda’s plan to support at least 3,000 families in Sinjar with livelihood materials, as part of a larger United Nations Development Programme (UNDP) project. Sinjar is an important Yezidi area that was overrun by the Daesh, in August 2014. In December, Human Rights Watch issued a report on the KRG’s severe restrictions on goods, such as food, fuel, and car parts in and out of Sinjar. The UNDP project directly challenges that policy. When we wrote the report, the KRG said it was concerned about aid ending up with an armed Kurdish group, the Kurdistan Workers’ Party, with forces in Sinjar.

Yet the KRG’s decision to shut down an NGO – for unspecified reasons and at a time of growing humanitarian need – has quickly sent a shudder through Iraq’s humanitarian community. The Iraqi government’s operation to retake Mosul from Daesh will soon enter its third month. The number of people displaced by the fighting is approaching 130,000, and the many camps housing these families are reaching capacity. Humanitarian organizations are struggling to meet the needs.

Yazda has been providing vital assistance, including psychosocial support, to the Yezidi community in northern Iraq, which was the target of Daesh atrocities. Yazda has advocated for Yezidi victims by encouraging more international support for assistance and by supporting the work of the UN Goodwill Ambassador for the dignity of survivors of human trafficking, Nadia Murad, a Yezidi woman abducted by Daesh.

UN officials told me they believe hundreds of Yezidi women and men are being held by Daesh in Mosul. When they escape to safety it is crucial that organizations are in place to provide them with support. Right now, the support Yazda provided to hundreds of women and children abused by Daesh has been halted and the thousands of families in Sinjar waiting for support to restart their lives are in limbo.

The desperate situation faced by traumatized communities in Iraq shows we need more organizations like Yazda, supporting populations as they reintegrate and recover from Daesh abuses. The KRG authorities need to think hard about the consequences of Yazda’s closure and reverse its decision in accordance with its international obligations to facilitate, not obstruct, humanitarian assistance. 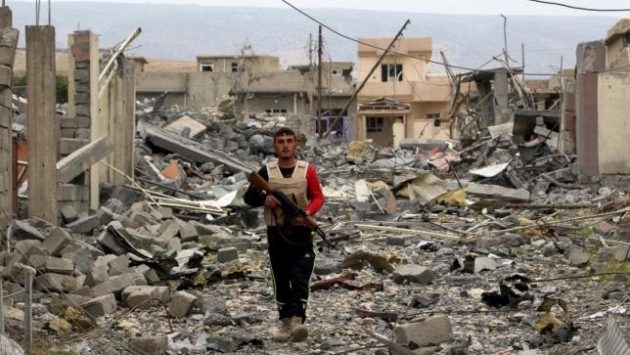 ‘I’ll Warm Myself on Fire of Revenge’: Hatred Hangs in Ruins of Iraq’s Sinjar