by: Johanna L. Rivera Last year around this time I was in a town called Hasankeyf located along the Tigris River in the Batman Province in Turkey. The Tigris Valley, with the ancient city of Hasankeyf at its centre, is one of mankind’s most valuable cultural assets.  We drove from Kiziltepe, passing through the ancient town of Medyat and eventually reached Hasankeyf, driving slowly through a road under construction. As I explored this portion of the Silk Road, I had goose-bumps and my eyes watered at my first views of the Tigris River. All this beauty is at risk of being flooded by the construction of the Ilisu Dam. Back when I was there, I didn’t know anything about this project. When I recently heard about it, I asked one of my friends who works in an environmental organization here in Iraq and she told me about the impacts of the dam not only in Turkey, but also here in Iraq.

The History– The Ilisu Dam -under construction for two years now- is one of 22 dams to be built in Turkey on the Euphrates and Tigris river basins. It is part of the Southeastern Anatolia Project- (Turkish: Güneydoğu Anadolu Projesi, GAP). GAP’s basic aim is to eliminate regional development disparities by raising people’s income level and living standards; and to contribute to such national development targets as social stability and economic growth by enhancing the productive and employment generating capacity of the rural sector. Current activities under GAP include sectors such as irrigation, hydraulic energy production, agriculture, urban and rural infrastructure, forestry, education and health. The 1200 MW and 2 billion Euro project has become one of the most controversial projects in the international finance community.
Despite claim of the government that the Dam will bring economical development to the area, human rights and environmental organizations critique the way the project has been implemented. No consultation with neighboring states affected by the dam, nor with the affected populations is one of the major arguments against the construction of the dam. To date approximately 60% of the GAP has been implemented, however no improvements can be seen for the local people, rather, they have had to bear the social, cultural and ecological costs while the industrial centres in West-Turkey and big companies gain profit. Grassroots efforts had been successful in the past; after several years of local and international campaigning, the Export Credit Agencies of Germany, Austria and Switzerland, made an unprecedented step in July 2009, by suspending the credit guarantee due to the Turkish failure to comply with required environmental, social and cultural heritage conditions. However, the Turkish state and the companies found new financing and continue with the project. The credit is given by three Turkish banks (Akbank, Garantibank and Halkbank) with a credit guarantee by the Turkish government and other which are not presented to the public. The current consortium consists of four Turkish companies (particularly Nurol and Cengizler) and the Austrian company Andritz and two more small Swiss companies.
Environmental and Cultural Impacts– In Turkey, the planned Ilisu Dam and reservoir would completely or partially flood 199 villages and the antique city of Hasankeyf, which are the homes of up to 78,000 people, while in Iraq 50% of the population is dependent on the Tigris River. The Marshes in South Iraq, the largest wetlands in the Middle East and home to the Marsh-Arabs, with their 5,000 -year-old culture will particularly suffer due to the construction of this dam. In 2009, Iraq suffered a devastating drought, partially attributable to Turkish dams.
Besides the severe cultural and ecological impacts, this major dam also threatens the right to water, food and self-determined socio-economic development of at least several hundred thousand people in both Turkey and Iraq. Additionally, as it can be seen on the Euphrates River, large upstream dams in Turkey have negative impacts on the political stability of the region.
Water Politics–The Turkish government is not interested in any dialogue with the affected local people and their representatives and has not had any serious discussion with the downstream states of Iraq and Syria. For Turkey, controlling the water in the region is a tool of political domination, and they are doing it at a time that the Iraqi and the Syrian government are very weak and cannot defend their international right to water, in a process that has been all but participatory. Once the dam is built, Turkey could use it as a bargaining chip to reassure their power in a volatile, water scarce region. Undammed river effluence flows from 100 to 300 cubic meters per second, but upon completion of the dam project, only a flow of 60 cubic meters will be guaranteed. The government of Iraq does not show the necessary effort to act against the destructive dams from the upstream states Turkey and Iran. To this day, neither Hasankeyf nor the Mesopotamian Marshlands are on the list of UNESCO World Heritage Sites. UNESCO can only grant this status at the request of the Turkish government. Turkey refuses to take this step, despite being called upon by the European Parliament to do so in 2004. The Marshlands of Mesopotamia are on the Tentative List submitted by Iraq to the World Heritage Committee in 2003, but since then no further steps have been taken. In order to conserve the tremendous cultural and natural heritage of Mesopotamia the UNESCO must make an effort by putting pressure on the governments of Turkey not to build the Ilisu Dam and on Turkey and Iraq to nominate Hasankeyf and the Mesopotamian Marshlands for their list of World Heritage Sites.
In Iraq, the Iraqi Civil Society Initiative (ICSSI) is supporting a transnational advocacy campaign, looking to bring the issue back to the table. Raising awareness of the impact of the dam construction in Iraqi water resources and joining forces within Iraq, Turkey and Iran, we have started a petition supporting the submission of the Marshes as a UNESCO World Heritage Site. In Turkey, initiatives like Initiative to Keep Hasankeyf Alive and organizations like Doga, are doing the same with Hasankeyf, and shaming the local banks financing the dam and also have brought many artists and writers to support their campaign. Internationally there have been European efforts like Stop Ilisu Campaign, that have worked on raising awareness internationally and helped to get international banks to divest from the project.
UNESCO must work with both the government and civil society to seek attention from the international community to this important issue. The consequences are cultural, political, and environmental and need to be addressed immediately. I’m not saying we should oppose development, but we should look at all the possible negative impacts and work to mitigate them. To develop a participatory, inclusive and sustainable plan in compliance with international law, that could benefit both the economy and the people that is impacted by the changes.
Please sign the petition:
http://www.change.org/petitions/unesco-world-heritage-committee-save-world-heritage-on-the-tigris-river-in-mesopotamia
Tags: Campaign 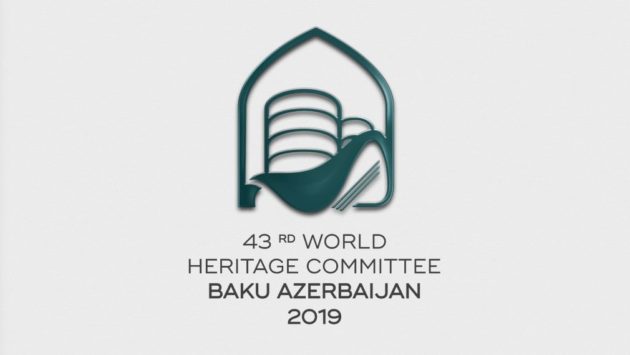 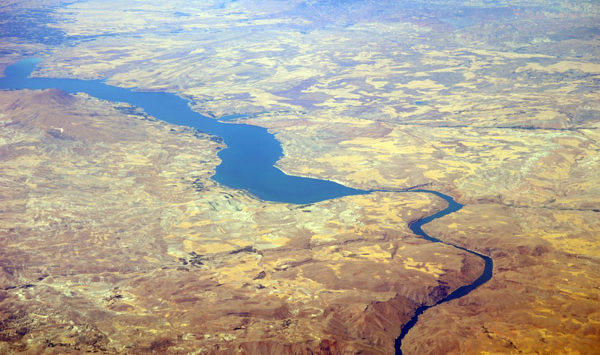 The Euphrates in Crisis: Channels of Cooperation for a Threatened River