Peace and Freedom Organisation in Kurdistan: From individual initiatives to democratic organizations When it comes to forming truly democratic non-governmental organisations, with a strategy defined by a wide membership and an elected governance body, there are only a few examples that we can cite in Iraq and the Kurdistan region. That is because building such organisations takes years and great commitment, in a country where people tend to live and work in a permanent state of emergency.

A group of activists from across the country gathered in Erbil, coordinated by a prominent Kurdish and Iraqi civil activist, Abdulla Khalid, to give a truly democratic identity to their new Peace and Freedom Organisation in Kurdistan (PFOK). They held a national conference, elected their new board and set a strategy for the coming three years, as a first step towards the consolidation of their organisation at the national level.

To show their commitment to transparency, PFOK invited independent observers and international partners to take part in the conference and oversee the election process of the new board. About 30,000 people followed their assembly streamed electronically across Iraq and abroad, witnessing the birth of an organization based in Kurdistan but reaching out to the whole country.

ICSSI celebrates this event because, despite many challenges, civil society in Iraq and the Kurdistan region is still able to produce models and experiences that go beyond fundraising and project implementation. This is a great achievement because the predominant tendency since 2003 has been to form NGOs as business enterprises, lacking a vision and strategic plans to bring about long term social, cultural and policy change. Nevertheless, good examples and alternative models, like PFOK, can now be found in the Iraqi civil society and we should all encourage them.

We invite you all to celebrate the sincere and tangible efforts PFOK has made to build a participatory, transparent and democratic organisation. We also invite civil society organizations from the Kurdistan Region to join the efforts of PFOK to found a Kurdistan Social Forum, in parallel and in coordination with the Iraqi Social Forum. An open space for civil society organizations to meet and strategize together under a clear charter of shared principles, is tremendously necessary today.

Congratulations to all who organized and took part in the PFOK conference. We encourage you to read their final statement. The First Conference Peace and Freedom Organisation in Kurdistan

An Initiative for the transmission of personal individual work, to a transparent, democratic and collective initiative, and for good governance of civil society organizations.

Under the slogan (peace and rights), the first national conference of PFOK took place and conclude its work in Erbil, Thursday evening September 22nd, 2016. Conference lasted for two days 21 to 22 September, and was attended by ? members of the organization coming from the various provinces of Iraq and the Kurdistan Region. Some officials and media representatives have also attended the conference, including the current and former presidents of the Civil Society Commission in Kurdistan Parliament and a number of international civil society and UN agencies representatives.

The conference opened its work with a minute of silence for remembering the victims of terrorism and victims of human rights violations. After this participants stand in solidarity with the heroic Nadia Murad, one of the victims of violations committed against the Yazidis, which have been installed as a goodwill ambassador to the United Nations.

Welcoming speeches have followed with a word of greetings by the chairman of the civil society, Mr. Salar Mahmoud, then the speech of non-governmental organizations department in the Kurdistan region, read by Mr. Akram Jammu, and the word of the Italian organisation Un Ponte Per… read by Mr. Raed Mikhail. The opening continue with a solidarity message to commemorate the International Day of Peace by the participants.

The accreditation and the availability of the quorum required for the conference was followed. Then participants elected a chair person to coordinate the discussions, while the last led the endorsement of the conference schedule. Discussions followed after the presentation of the narrative and financial report for the year 2015-2016. Then the strategic plan proposed for the period 2017-2020. More discussions were dedicated for the internal organisation, rules and procedures, where participants have proposed many amendments. Over two days, a positive atmosphere of openness, responsibility, and transparency, have filled the democratic discussions of the different axes of the conference. Documents were colluded with some amendments to adopt to the expansion of our activities, then unanimously approved, including the Internal Rules and Procedure of the organization, and the strategic plan of the coming four years.

This conference was not possible without the hard work of the staff, volunteers and members of the organization, who worked carefully and tirelessly for the last year to achieve peace message.

A work that has faced a serious of challenges since its came in a particular moment where the country suffer the war against Daesh, deterioration of the economic situation, poor public services and a great political crisis, that have increased the difficulty of daily life of each citizen. Thanks to this work we concluded our vision: Towards a peaceful, democratic and diverse society that guarantees human rights and freedoms for all and promotes social justice, citizenship and the values of nonviolence”. For this vision, our organization will seek as an active civil society actor to work on public awareness, mobilisation, advocacy to influence decision makers in Kurdistan and Iraq to contribute in the promotion of social peace and the protection of diversity and promoting public and personal freedoms and to increase free democratic space.

The conference expressed also its solidarity with the Iraqi Social Forum, which was held in Baghdad September 22-24, 2016, wishing them to continue their activities of the thirds session to achieve all important objectives of the forum.

Then the conference approved the plan of the organisation to go ahead working for the foundation of the Kurdistan Social Forum, communicating with trade unions, social movements and the civil society organizations in Kurdistan to achieve this purpose.

With the supervision of a lawyer and the heads of the Commission of civil society in the current Parliament of Kurdistan and the former one, the conference concluded with the election of the new administrative body of the organization, which consists of 11 people by direct secret ballot.

At the first meeting held for the newly elected administrative body after the conference, it was elected the board of directors, which consists of seven members that will mange the organisations form now one. Tasks and responsibilities among the members of the board of directors has been distributed according the internal rules and procedure.

All the work of the conference, since the opening to the closing were streamed directly across the Facebook page of our organisation, followers all over Iraq exceeded 30,000 persons who watched parts of the work.

Peace and Freedom in Kurdistan(PFOK) 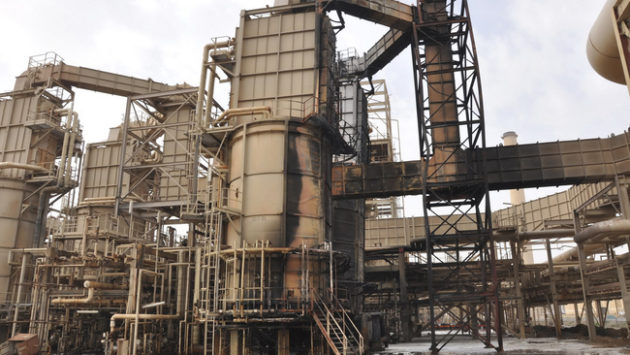