On May 28, 2016, Shahrazad Service Center hosted the Conference of the Governance Center for Public Policies on Civil Peace in Iraq. The conference discussed the role of the women human rights defenders and journalists in the national reconciliation, and in the diagnosis of drawbacks faced by the whole society. The audience addressed the urgent need to take into account the representation of women in the negotiations and committees that are formed for the purpose of national reconciliation. Ms. Nibras Almaamouri, the President of the Iraqi Women Journalists Forum presented her vision about the media framework for reconciliation and the role of media in mobilizing public opinion to stand against hatred speech as well as opening the way for female journalists to take their role in raising awareness and produce programs that call for reconciliation, tolerance and civil peace.

The conference which was chaired by both the Chairman of Governance Center Dr. Montaser Alaidani and the CEO Dr. Adel Bedaiwi, has presented the final paper of the conference and discussed it with the audience, and after approval, the conferees agreed to deliver recommendations to the decision-makers represented by the executive and legislative Iraqi authority.

On another occasion, about 120 women and men took part in the thirtieth session of the Media Salon, which revolved around the situation of media women, and the challenges they face in their work. The audience where from Shahrazad service center concerned with women human rights defenders for providing training and legal assistance. The Lawyer of Shahrazad Center invited female journalists and activists to visit the legal clinic and take advantage of the free services. The Director of the UNESCO Office in Iraq, Dhiaa Alsarrai talked about women in the social media citing a report by UNESCO on the measurement of freedom of expression trends. He stressed the role played by social media to open the way for women to express their views freely, despite the exceptional circumstances experienced by the country. He stressed that the proportion of social networking users in Iraq is very large and significant and we have to educate the community on how to invest this techniques positively. Ms. Anja Feller, the President of the German Friedrich Ebert Foundation in Baghdad and Amman, talked about her vision of the reality of women in general and media women in particular, citing that in Germany after the Second World War and the armed conflict witnessed in the country and the changes that have had an impact on women, she stressed that the quota system was a way to assume decision-making positions even though she is against this measure, but the transitions imposed on us as women to look for solutions to give women a role in the society and at all levels. Anja also discussed the gender and the role of language in the media formulations in terms of the perspective of gender, particularly that media plays a big role in mobilizing public opinion in connection with women’s issues.

The Iraqi Women Journalists Forum have held on Tuesday, May 24 its thirtieth meeting (media session), opening the session with introduction to Shahrazad Campaign and the aim of this campaign and its achievements over the past year. 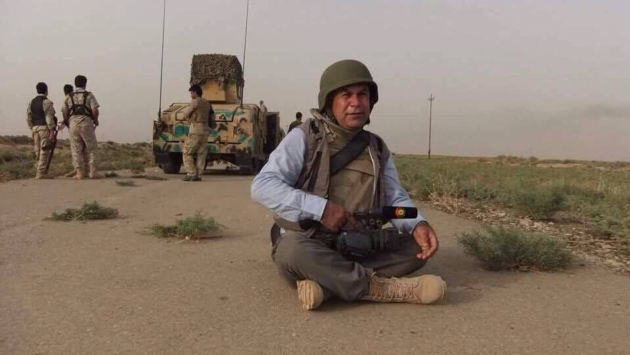