I am deeply concerned by the plight of civilians trapped in the besieged Iraqi city of Fallujah, where a major military operation against ISIL is taking place. An estimated 50,000 civilians, including at least 20,000 children, are unable to leave. They face grim conditions, including shortages of food, clean drinking water and medicines.
In the past two weeks close to 5,000 people have managed to leave, hundreds of them enduring risky and harrowing escapes on foot, in soaring temperatures, to reach safety. However, we and our partners continue to hear alarming reports of civilian casualties in Fallujah due to heavy shelling, of several hundred families being used as human shields by ISIL, and of children at risk of forced recruitment by fighting parties or of being separated from their families.
Civilians must be allowed to freely move to safer areas and all who flee must be granted aid and protection. Those detained for security screening must be treated lawfully and their rights upheld. All parties to this conflict are obliged to abide by international humanitarian and human rights law and do everything possible to protect civilians.
The Government of Iraq and humanitarian partners have set up camps in the Ameriyat al-Falluja district. The authorities are helping to transport families escaping the city and providing information for people wanting to leave. The humanitarian community continues to provide people fleeing the city with water, health care, food, shelter and other emergency assistance.
We and our partners are doing everything we can to scale up our assistance. It is vital that aid workers are guaranteed safe, secure and unhampered access in this fluid and dangerous environment.

Across Iraq, we know that ten million people need some form of humanitarian assistance, and a further three million are thought to be living in areas under ISIL control. As the Muslim world prepares to mark the holy month of Ramadan, we must show the children, women and men of Iraq that the world is committed to helping them at their most desperate time.

Kurdish and Arabic versions of the statement are available here
Download here the full Iraq Humanitarian Snapshot (as of 2 June 2016) by OCHA from which this map has been extracted: 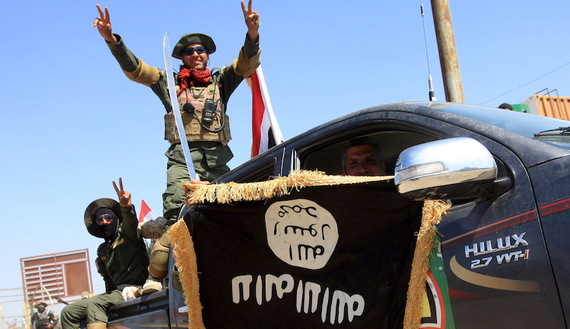