Recently a post was published on Facebook by Dr. Hasan-Al-Janaby, an Iraqi academic and expert on water issues, in which he expresses his view of Iraq’s relationship with Turkey over the region’s water resources, and the dangers posed by Ilisu and other large dams:

The post was written in response to a publication by Azzam Alwash of Nature Iraq on the website of the Wilson Center, an American think tank tackling global issues. Mr. Al-Janaby felt there should be a counter-response, as an Iraqi citizen first and a specialist in water resources second.

In his article Alwash suggests a solution for both the Mosul Dam and the Ilisu Dam issue. However we believe in this publication the Iraqi national interest is greatly underestimated. A sense of responsibility is needed. We believe the solution Alwash proposes to international public opinion and the United Nations is in opposition to the official Iraqi position and public opinion. Iraq is against the construction of Ilisu Dam on the Tigris River. This position is worthy of support because it aims to protect the sovereignty of the country and takes into account international laws in order to oppose dam construction that will affect Iraq negatively. Mr. Alwash basically suggests that the Iraqi government should pay Turkey for water with money or other resources. This is money that would be used for the continuous maintenance of Mosul dam (up to 3 billion dollars it is suggested). The suggestion therefore is to dismantle Mosul Dam and complete Ilisu Dam. Alwash notes that evaporation from the surface of the lake formed by Ilisu Dam is less than the evaporation from Mosul Dam lake. He also suggests for UNESCO and the Unites States to donate money to turkey in order to save the historical sites of the areas that will be affected by Ilisu Dam (such as Hasankeyf). The main idea of Alwash is that Iraq should buy the Hydroelectric power generated by Turkey’s Ilisu Dam. This implies that Iraq would pay Turkey for the control of the Tigris River! We do not believe that allocating Iraq’s budget this way this is the best way to build peace and cooperation in the region and to safeguard the Iraqi Marshes.

I call for a better bilateral relationship with our Turkish neighbour, especially when it comes to water resources. The relationship should be based on collaboration and mutual benefits, respecting each other’s sovereignty as well as international law. Selling our own water resources as well as our sovereignty is not a solution. Iraq should not give up on its own vital interests, but develop appropriate solutions in cooperation with its neighbours. 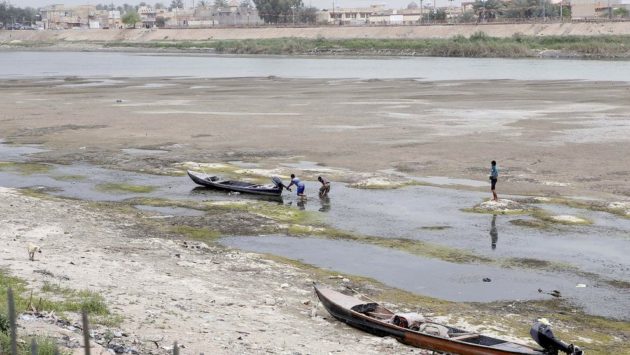