Sport Against Violence and ICSSI have been working with the Iraqi Social Forum to support Iraqi youth who want to build peace through sports. They held a three-day workshop in Baghdad about using sport as a community tool against violence with the participation of 24 young trainees, boys and girls who really enjoyed the experience, and decided to take action immediately after. In the beginning of the workshop, trainees’ shyness and hesitation were evident and to break the ice the trainer Anmar proposed a very clever exercise, giving each of them a balloon and a pin and promising a gift to those who will keep the balloon intact. Then he left the area for them to decide immediately how to act: all the trainees began to run as an attempt to save their balloons, but in the end all the balloons were popped. Anmar asked the trainees to form a circle and make them think they could have decided not to pop each other’s balloon, so they would have keep all the balloons intact and everyone would have gained a gift . Afterwards, the trainees formed a discussion circle to talk about what really happened during this exercise: they agreed it was a conflict about winning, so they started to discuss about what a conflict is, which are its causes, and how it can be managed. They learned many things from this exercise: how to be prudent in taking any decision that could cause violence, how to work as a team and also that violence will consume their time and energy without achieving any positive result. During the second day the discussion focused on sport techniques that could be used against violence, how to use them and in favour of whom. They learnt how to plan and realize sport activities with the aim to spread a peaceful and nonviolent message, and how to build a complete team, able and willing to work on such activities. The participants agreed that the Sport Against Violence group should have a good organisational and team work capacity, a strong team spirit and self-confidence.

On the third day the training’s location changed, so everything was different, as the whole group moved to the College of Sports in Baghdad University, to practice different activities. The enthusiasm was evident: during this last day, the trainees performed different sport activities whose purpose was to strengthen the spirit of cooperation within the team and to improve communication skills. These activities  provided also an opportunity to put into practice all the theories and ideas discussed during the first and the second day, in analysing the problems that lead to violence. After the completion of the workshop, the participants were involved for the first time in a sport activity aiming to promote nonviolence and peacebuilding: on the 9th of April they organized a bicycle tour from Baghdad to the playground of “Haswa” in Babylon, where 26 Iraqi people died because of a terrorist attack at a football stadium. Most of the victims were very young. To watch a clip about the ride click here

In this way the Sport Against Violence group’s members wanted to challenge security risks, to test themselves on the long distance and with the difficulties of biking, to prove and show the spirit of cooperation and solidarity towards the young civilians and the community targeted by the attack. Several news agency reported about the action, which was well echoed in social media.

The participation and the feedbacks about this overall experience showed the energy and potential of Iraqi young people to reject violence and to start building a peaceful Iraq. This is the real motive behind the will of many young activists to build a Sport Against Violence team committed to organizing similar activities in the future. 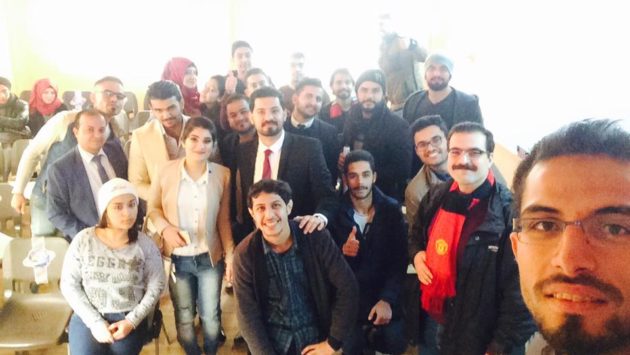 Founding Statement of Sport Against Violence-Iraq 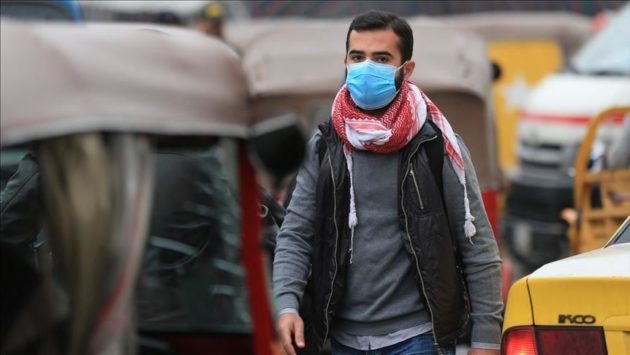