This is a summary of what was said by UNHCR spokesperson Ariane Rummery – to whom quoted text may be attributed – at the press briefing, on 11 March 2016, at the Palais des Nations in Geneva.

The UN Refugee Agency is concerned about a rising trend of newly-displaced Iraqis being forcibly transferred to camps where restrictions on their freedom of movement are imposed in a manner disproportionate to any legitimate concern, including those related to security. While recognizing the responsibility of authorities to undertake security screening of people fleeing territory controlled by extremist groups, we urge the government to set up clear procedures and facilities for this purpose that are separate from camps established to provide shelter and other humanitarian assistance to displaced Iraqis.

Nazrawa camp, in Kirkuk Governorate, was opened by UNHCR in November 2015 for internally displaced Iraqis seeking safety from conflict and severe human rights abuses, thanks to flexible funding from over ten donor countries. This was a response to a long-standing request by the Kirkuk authorities for more support from the humanitarian community in their efforts to provide protection and assistance to large numbers of internally-displaced Iraqis (currently nearly 400,000 in the governorate). Approximately 2,000 displaced Iraqis are currently residing in Nazrawa camp. However, authorities have progressively imposed movement restrictions on residents of the camp and since 22 February 2016 all residents have been confined to the camp, irrespective of whether or not they have completed security screening procedures.

Instances of forcible relocation of Iraqis into camps, as well as disproportionate restrictions on their freedom of movement, have also been recorded by protection partners elsewhere in Iraq. In Garmawa camp in northern Iraq, Iraqis who were forcibly relocated to the camp from villages in Tilkaif District in 2015 continue to face restrictions on their freedom of movement. Similar concerns are also emerging in Salah Al Din and Anbar Governorates.

UNHCR is concerned about this developing trend as freedom of movement is key to displaced people being able to exercise other rights, such as access to work, food, healthcare and legal assistance. With the prospect of further displacement as military operations against extremist groups escalate, it is becoming increasingly urgent for the authorities to ensure both that IDPs are granted access to safety in a timely manner, and that camps maintain their humanitarian character.

In addition to nearly one million Iraqis displaced since 2006-7, there are more than 3.3 million persons in Iraq who have been displaced since January 2014. Displaced persons in Iraq continue to face challenges, including exposure to violence, disproportionate restrictions on access to safety and freedom of movement, forced encampment, and constrained access to basic services. 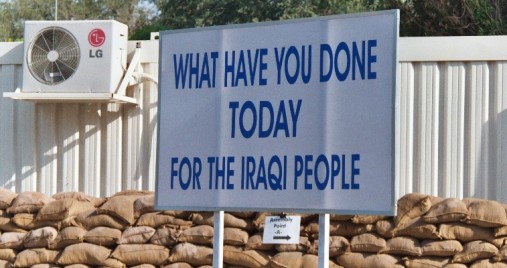