Alhayat Group for the defense of women’s rights in the Kurdistan region of Iraq, have announced that the year of 2015 witnessed the death of 58 women due to honor cases, noting that the perpetrators have not been arrested so far.

Banaz Omar, the group member said in a press statement reported to Shafaq News, that the day of March 8 is the International Women’s Day, but unfortunately, in our society, women are deprived of their rights and the violence practiced on them is growing.

She added that since the beginning of 2015 and so far, 58 women had been faced honor killings, noting that women killings is a hated phenomenon that must be eliminated urgently.

She continued, unfortunately in the Kurdish society, with the total of all those murdered women, none of the perpetrators has been arrested yet.

She added that: because of the war against “Daesh”, violence against women has marked an obvious increase, because there are many women who lost their husbands in the war and remained without a breadwinner, stressing that this has had a significant impact on women and increased the level of violence against them.

She confirmed that the Kurdistan Regional Government has issued a number of good laws for civil status against domestic violence, but because of the conflicts and complexities between the political authorities and the parties, which influenced in the disable of business and affairs of the government and caused the lack of implementation of these laws.

She noted that for this reason, the group feared of the growing of the phenomenon of violence against women. 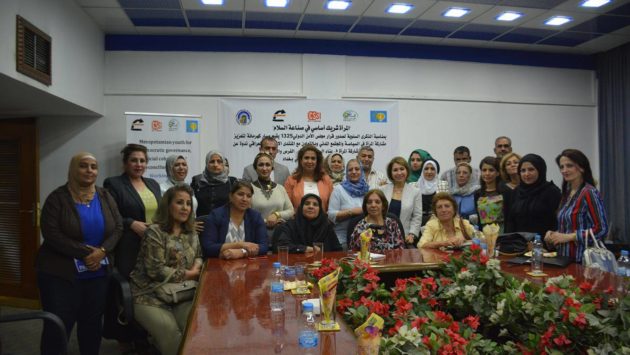