From fiery sermons disseminated by Salafi televangelists to gory videos circulated by the self-proclaimed Islamic State, sectarian narratives and hate speech are on the rise across the Arab world. As the conflicts in Iraq, Syria, and Yemen rage on, hostile messages and violent images circulate twenty-four hours a day through both traditional and social media channels.

While the use of sectarian language is hardly a new phenomenon, dehumanizing anti-Shia and anti-Sunni slurs are increasingly making their way into common discourse. Qualitative studies and journalistic accounts suggest that the escalation of the Syrian civil war, rising sectarian violence in Iraq, and more recently, the Saudi­-led intervention in Yemen have been marked by a proliferation of intolerant rhetoric, especially anti-Shia hate speech. Language that casts members of a religious out-group as “apostates” or false Muslims has become more widespread—among not only clerics and fighters on the ground but also average citizens—as these conflicts have intensified. This rise in sectarian language is particularly visible in the online sphere, where extremist voices are amplified, and viral videos can make their way across the globe in a matter of seconds.

This rise in sectarian language is particularly visible in the online sphere, where extremist voices are amplified.

While the spread of hate speech or counter sectarian messages alone may appear relatively inconsequential in the face of mounting battlefield casualties and terrorist attacks, mainstream acceptance or rejection of intolerant, divisive rhetoric can have substantive consequences on the ground. Sectarian narratives—in diverse flavors and forms—have long been exploited by ruling families, foreign occupiers, local politicians, religious leaders, and extremist groups to garner support while discrediting and dividing would-be opponents.
Today is no exception. The degree to which sectarian language and ideologies resonate with Arabs across the region in 2015 may have key geopolitical ramifications. For example, as the Sunni Gulf ruling families and state-sanctioned clerics beat war drums, they rallied their populations behind the intervention in Yemen by casting it as a sectarian battle between their fellow Sunnis and the Iran-backed Zaydi Shia Houthi rebels. Despite the complexities of the conflict, fixating on sectarian divisions rather than strategic motivations for fighting enabled them to shore up much-needed domestic support while casting those who objected as treasonous and pro-Iranian. The more readily citizens embrace sectarian narratives, the more easily rulers can consolidate power and weaken political opposition. In a different vein, when the Islamic State produces Hollywood-inspired videos peppered with anti-Shia violence and hate speech, long-standing but often latent religious differences are portrayed as elements of a divinely backed battle for dominance.

Despite these consequences for regional and global stability and security, little is known about how sectarian and counter sectarian narratives spread and fluctuate over time. A unique Twitter data set collected at New York University’s Social Media and Political Participation lab—an assortment that includes almost 7 million Arabic tweets containing anti-Shia, anti-Sunni, and counter sectarian keywords sent between early February and mid-August 2015—allows for analysis of the roles that violent events and social networks play in the spread of intolerant language online.

The data provide suggestive evidence that the online volume of sectarian and counter sectarian rhetoric fluctuates dramatically in response to regional episodes of violence—particularly reacting to the Saudi-led intervention in Yemen, clashes between Shia militias and the Islamic State in Iraq, and the bombings of Shia mosques in the Gulf. Furthermore, Twitter users expressing diverse and often conflicting views frequently engage with one another and are not isolated in ideologically homogeneous echo chambers. Finally, the online sectarian narrative is driven by a diverse combination of Twitter users including prominent clerics, Shia militia leaders, Islamic State supporters, influential Saudi businessmen, popular media outlets, and average Arab users.

These findings offer real-time insight into the manner in which events on the ground influence expressions of religious tolerance and intolerance in the online sphere, as well as the role that political, religious, and extremist actors play in driving this conversation. 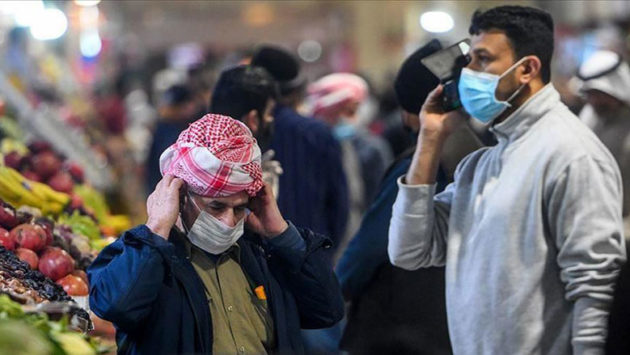 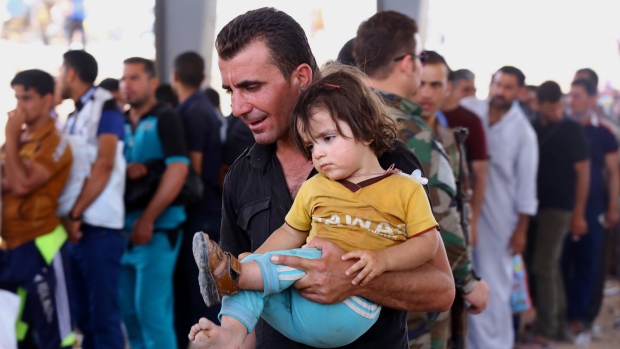