In an atmosphere of love and peace, within the Iraqi Social Forum process, approximately 500 people gathered  to attend a big festival on religious and cultural diversity in Nasiriyah city.  The festival included a range of different activities, and involved people of many different religions and faiths, such as Mandaeans and Muslims (Shiites and Sunnis).  Civil society activists from all communities of Nasiriyah participated.  The festival received wide media coverage.

The festival included a variety of activities, speeches, and other artistic presentations. It began with words of welcome from the organizers of the festival who then focused on the importance of such events in creating a culture of tolerance and acceptance of others — especially important at a time when our country is entrenched in challenging circumstances that require unity and solidarity.  The festival highlighted the need to reject superficial distinctions between Iraqi people and focus instead on all that brings Iraqis together.  Following this introduction, representatives from different religious communities in Nasiriyah delivered a speech in which they stressed again the need for unity and solidarity, and the need to support civil initiatives that raise the awareness in citizens of the possibility of peaceful coexistence. Next the audience heard a lecture by Dr. Yasser Al-Barrak, the Head of the Union of Writers Branch in Dhi Qar, He spoke about the religious and cultural diversity within the city of Nasiriyah, which he stressed, reflects the diversity found in most of the provinces in Iraq. The talk recalled a number of beautiful examples of peaceful coexistence found in the city’s history, and sparked many questions and comments from minorities listening.

The festival included a variety of artistic activities on the theme of diversity and co-existence between different segments of Iraqi society. The poet, Hazim Al-Tememi recited two nationalist poems, which were followed by a number of beautiful songs celebrating Iraqi history and culture, sung by the artist, Majid Hussein.  Both captured the excitement felt by the vibrant and inspiring nonviolent protests now going on all over Iraq.

A documentary film, directed by Mohammed Al-IBrahimi, and entitled “A Moment of Unity” was screened. The film — followed by more singing — showed some of the amazing history of Iraqi civilizations, and focused specifically on the Sumerian civilization in the South of Iraq, A young theater band put on a short theatrical piece entitled “A New Day” which was written and directed by Ali Al-Akrami.

During the festival, a photography exhibit opened which displayed powerful images of a diverse and pluralistic culture, made up of people living peacefully together.  It showed different religions and sects, and different lifestyles, for instance, communities in the marshes of southern Iraq contrasted with the more urban way of life in other cities.  All these and other topics highlight the diversity and harmonious coexistence that is found in Iraq.

Voluntary work and support from the Iraqi Social Forum in Nasiriyah

The festival was organized by the Iraqi Social Forum and the Empowerment of Equality Center in cooperation with their partners, the Union of Writers Branch of Dhi Qar, Artists Association Branch of Dhi Qar, and the Art of Photography Forum. The organizers worked closely with volunteers and members of civil society to bring the festival into existence. This kind of Religious and Cultural Diversity festival is the first of its kind, and was organized by civil society in the city of Nasiriyah. It was held on Saturday, 5 September 2015 in the Youth of Nasiriyah Forum Hall. The festival comes as a response to the call by some to divide Iraq, and the attempt to incite sectarian strife and hatred.  The festival directly opposes this kind of damaging mentality, and celebrates the diverse nature of the Iraqi identity, as it is so well reflected in the city of Nasiriyah in all its wonderful diversity. The Iraqi Civil Society Solidarity Initiative (ICSSI), the Norwegian Karibu Foundation, and FAI Swiss Foundation also contributed support for this festival.

During the festival, members of the Iraqi Social Forum gave a speech introducing the ISF and explaining the nature of its activities.  It announced that the second session of the Iraqi Social Forum would be dedicated to the topic of coexistence and civil peace.  This will be launched on 1-3 October in Abu Nawas Gardens near the Statue of Shahriyar and Scheherazade in Baghdad, and will have local as well an international participants. 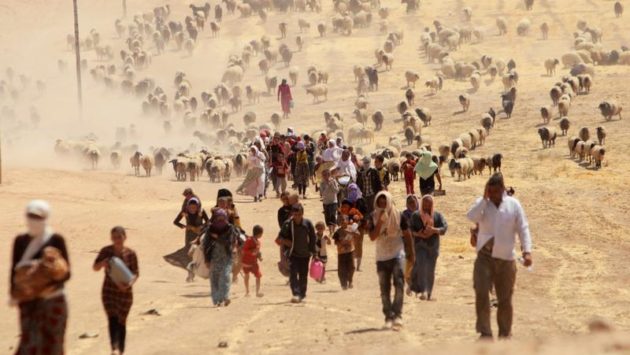 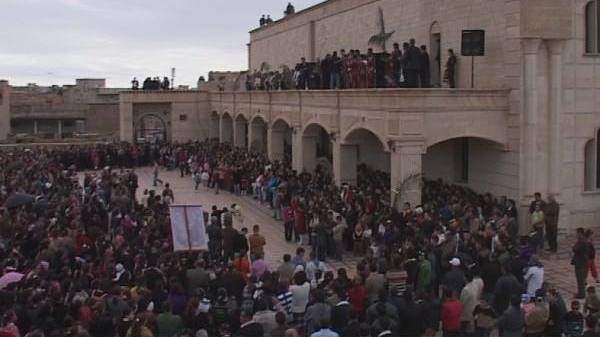 EU: Boycott the so-called international conference on ‘A Future for Christians in Iraq’ 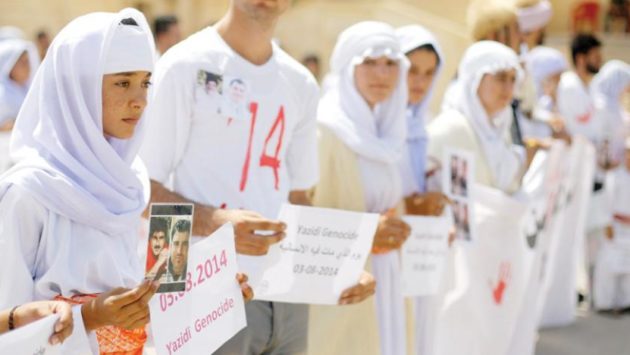