Several weeks after the resignation of previous Iraqi administration in August, Turkish President Erdoğan and his Iraqi counterpart Fuad Masum met on September 23, 2014 at the United Nations General Assembly in New York. The main aim of this talk was to revitalize Iraqi-Turkish relations with the new Haider al-Abadi government of Iraq which was formed on September 8.

Turkish Foreign Ministry declared its content with the formation of new government: “We hope the new Iraqi government will embrace all segments of the country in order to overcome the current difficult issues and pursue policies that will result in peace and prosperity for all of Iraq”.
This was followed by Iraqi Foreign Minister Ibrahim al-Jaafari’s visit to Turkey Turkey on November 6. In Turkish Foreign Minister Mevlüt Çavuşoğlu’s words, “a new chapter in our relations was opened with this visit.” It became apparent during this visit that both parties were trying to leave Maliki era’s wounds behind. Then, Turkish Prime Minister Ahmet Davutoğlu paid a visit to Iraq later same month, declaring outspokenly the intention of Turkey to improve its relations with Iraq.

Finally, al-Abadi’s visit to Turkey in late December appeared to be the peak of this series of visits and meetings. Al-Abadi called this visit as “historic”. So, all these moves culminated into a new and positive atmosphere where forty-eight Memoranda of Understanding (MoU), one of which on water issues, could be signed (again). Two parties agreed on the approval of these MoUs.

Now, after the second meeting of the High-Level Strategic Cooperation Council which was presided by Prime Ministers of both countries, we have reasons to expect some improvement in bilateral relations, significant part of which relates to trans-boundary water management.
Agreement on facilitating the transboundary water relations is a good example.Turkish Prime Minister Davutoğlu underlined that both countries see water as a key area of cooperation, and that Iraq and Turkey are ready to work together in managing water resources. If this Memorandum of Understanding on water relations between two countries is put into effect, there can be a solid base of cooperation for further actions.

However, there is plenty of reasons for caution, as well. It was as early as 2009 when this and other forty-seven Memoranda were first signed.
With the MoU on water, two sides had agreed to exchange hydrological and meteorological information. The MoU stipulated that a joint database shall be formed. According to MoU, Syrian data shall be included in this database (Article 2.f). Two countries also agreed to exchange expertise regarding these matters. Turkey and Iraq stated the principle of efficient utilization and management of regional water resources. One of the articles of the Memorandum was emphasizing the intention of two countries to conduct tripartite technical meetings
(including Syria) with an aim of a basin-wide cooperation(Article 2.h).

Article 3 of the Memorandum lists a number of steps to be taken in order to enhance cooperation:

3- activities of research and development; and exchange of scientific/technical information and documents,

5- exchange of officials, experts and researchers,

7- and other cooperation methods that parties may see as appropriate.

Nevertheless, since then, there was no chance to implement these legislation due to cooling of relations between two countries. Iraq did not even approve this Memorandum. Disagreement over legitimacy and practices of Maliki government in Iraq, and Ankara’s relations with the Kurdish regional administration in northern Iraq in particular were quite decisive in escalation of tensions between Baghdad and Ankara. In a region of instability, it will be premature to expect approval and full implementation of MoUs like this. High and low tides occur so frequently, rendering many political analyses obsolete. Given the fluidity of politics Iraq, it still remains to be seen whether Iraqi-Turkish relations can transcend and transform the vicious cycles of rapprochement and conflict into a sustainable path of collaboration. All in all, signing this Memorandum of Understanding for the second time is significant in the sense that the mutual understanding over the need for fostering the transboundary water cooperation between two countries seems to survive despite political discrepancies over certain issues, which appears to be overwhelming at times. 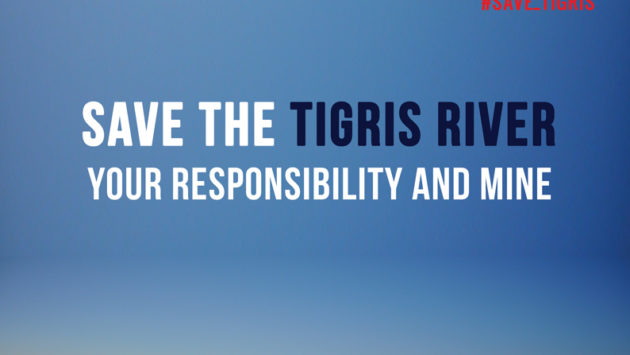