Dutch peace organisation PAX is highly concerned that there is no peacebuilding strategy to complement military operations combating ISIS. The US-led coalition against ISIS (the coalition) supports the Iraqi Army and the Kurdish Peshmerga by bombarding ISIS positions, but if the coalition wants the re-conquest of Mosul province to be a step towards a more peaceful Iraq, it must begin preparing a peacebuilding operation in Mosul province now. Without it, there is a serious risk of gross human rights violations, revenge operations and further ethnic cleansing if the province and city of Mosul are recaptured, laying the ground for further conflict. The behaviour so far of the Iraqi army and the Peshmerga, and in particular the Shia militias fighting ISIS is reason for concern. If Mosul city is attacked by the different anti-ISIS forces, a peacebuilding plan should support the protection for the hundreds of thousands Sunni civilians currently living under ISIS control at risk of becoming trapped. As long as there is no resolution between the central Government of Iraq and the Kurdish Regional Government for the disputed status of recaptured areas, the risk of further violent conflict remains high.

The UN, the EU and states participating in the coalition should commit to an ambitious, long-term peacebuilding plan in Mosul and Ninewa and allocate sufficient financial resources and diplomatic capacity to implement it. Such a plan should include the following elements: 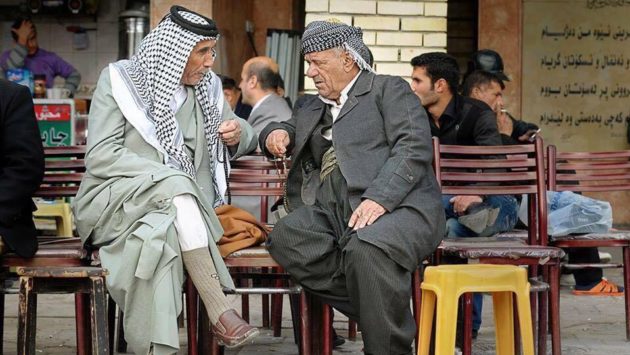 No to War, No to Economic Sanctions, the Only Solution is Dialogue