With the continuation of the construction of the Ilisu Dam and Hydroelectric Power Plant on the Tigris River in December 2014, the dam construction site has been militarized intensely. This alarming development leads to grave political tensions and human rights violation, in spite of the expected dramatic social, cultural and ecological impacts in the affected region.

From August to December 2014 the dam construction was halted after all workers had resigned as a result of the kidnapping of two subcontractors by the guerrilla forces of the People’s Defending Forces (HPG). At this time approximately 80 percent of the construction had been finished and in particularthe Hydroelectric Power Plant (HEPP) had not yet been constructed.

In the beginning of December 2014 new subcontractors employed several hundred workers from mainly non-Kurdish provinces within the Republic of Turkey. Local people do not want to work anymore as they consider more and more the Ilisu dam as a threat for their own lives.

Now the construction is “secured” by at least 600 soldiers more to the existing 1000 soldiers. These soldiers were already present in the military station and the six military points around the dam site. Also local militias are part of these increased measures. In the last months, more than 100 civil people in the four villages in and around the dam site were recruited by the state as militias. This makes more people dependent on the ongoing non-solved political conflict in the region. Several dozen workers, who stay 13 km away from the city of Dargecit (Kerboran), are accompanied by tanks when they drive daily to the dam site. On the 3rd of February the HPG attacked a convoy of construction machines which were on their way to the dam site. One of them was damaged and three people were injured slightly. In the city of Dargecit several dozens of cars were burnt down and many have been damaged. It is still not known whether these attacks were connected to the Ilisu Dam. These attacks rose tension among people.

All these developments underline our forecast that the construction of the Ilisu Dam would militarize in a serious way the dam site and surrounding area, and lead to human rights violation. They are not acceptable and in the responsibility of the state which insists to build the most destructive project in Turkey. Not considered are the economic and political implications for Iraq, which is completely dependent on the Tigris water. The ongoing war in Iraq shows how big water infrastructures like the Mosul Dam would intensify existing conflicts.

Meanwhile another development reveals again that the historical monuments in Hasankeyf can not be relocated to the proposed “archaeological park” close to the New Hasankeyf; two kilometers in the north of the antique city of Hasankeyf. No company submitted a proposal/application to a tender done by the State Water Works (DSI) to relocate the Zeynel Bey mausoleum at the end of 2014. The reason is clear. Technically it is not possible to relocate such monuments as they would most certainly be destroyed during the process. Another reason for our position is the unacceptable approach to pull out the monuments of their particular environments by the Tigris River.

Persistently we call particularly on the civil society and policy makers in Turkey, Iraq, the Middle East and the World to protest the decision of DSI to continue with this destructive project. While in the past years we emphasized the social, cultural and ecological impacts, the latest developments show us what potential the Ilisu Dam can create in terms of increasing the existing political and social conflicts. We would now need political pressure on Turkey more than ever. 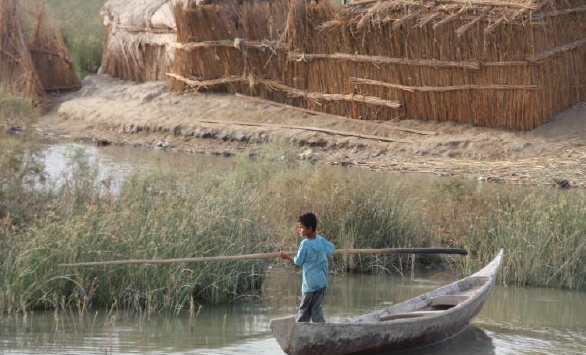 Shadow Report on the Ilisu Dam’s Impacts on Human Rights in Iraq, and the Iraqi Government’s Failure to Act – Geneva Meeting