The Iraqi Coalition for Freedom of Expression is demanding that Sudanese authorities halt the prosecution of Madhiha Abdullah, the leftist journalist and editor-in-chief of the Sudan Communist Party Newspaper Al-Midan. Her trial does not conform to international standards of justice and human rights. It must stop. We remain deeply concerned by the possible outcome of the trial of the journalist Madiha Abdullah, who could face a death sentence for publishing news that the National Intelligence and Security Services (NISS) claim has undermined the constitutional order. Therefore we join Reporters Without Borders in their statement of solidarity with the Sudanese journalist. This is not the first time Madiha Abdullah and her colleagues have faced accusations that are aimed at restricting their freedom of expression and publication.

The Iraqi Coalition for Freedom of Expression opposes restrictions on public freedoms and our approach is to challenge all practices limiting the freedom of expression and opinion in Iraq. Therefore we call on the Iraqi organizations and individuals that respect freedom of the press to be a strong presence not only in Iraq, but also in international solidarity with activists and defenders of freedom of expression in the Middle East and North Africa, especially in Sudan, which is suffering profoundly from restrictions and unfair trials.

According to Reporters Without Borders, Sudan ranks 172 out of 180 countries in respect for freedom of expression. 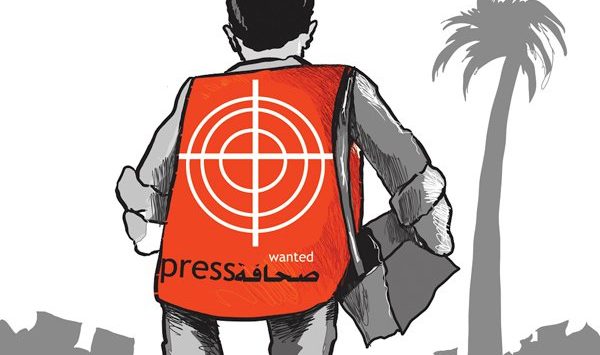 Journalists in Iraq: their freedoms obliterated by laws and policies while their lives are continually threatened!