About 20 Iraqi and 20 international civil society organizations met in Paris from 6 to 11 December 2010 for an international conference titled ”Which Kind of Solidarity with Iraq.” At the meeting participants discussed the challenges that Iraqi people are facing, the issues on which the Iraqi civil society is now working, and the kind of solidarity needed among Iraqi NGOs and international organizations to bring about democratic change and social justice, human rights, and freedom for all Iraqis.

After years of totalitarianism and wars which have led to severe damages to the social infrastructure, the economy and the environment of Iraq, its’ people are still struggling for a better life. They have to face the consequences of war and occupation, but also violent attacks by both institutions and fundamentalist forces against public freedoms, the rights of women, workers, youth, freedom of expression and of association.

Given this situation, we recognize that:

• In areas affected by war, remnants of weapons and radiation continues to constitute a threat to life and public health,

• Iraq institutions keep restricting public freedoms, as the freedom to assembly and demonstrate, raising concerns on a possible return to totalitarianism and oppression.

• The situation of women in Iraq keeps deteriorating, their basic rights are being constantly violated, and new laws are being adopted which discriminate against them.

• Freedom of expression is not guaranteed and journalists are exposed to restrictions and threats, sometimes leading to murder and kidnappings

• Religious minorities are under threat by fundamentalist forces, and coexistence of diverse communities is becoming harder every day

• The education sector is facing a decline, intellectuals are leaving the country, causing serious cultural and scientific lacks in the country, while authorities do not exercise their responsibilities to foster culture and science.• Youth face a difficult life with lack of education, massive unemployment, lack of entertainment and sports options, exposure to outside pressures and blackmail by politicians and their militias

• The victims of wars and of the former regime are still waiting for justice, rehabilitation and compensations for what they endured

• The international community has not been held responsible for war crimes and crimes against humanity. The political and military leaders and the global society, that caused so much destruction, is not knowledgeable about the seriousness of the Iraqi situation and therefore not supportive enough towards Iraqi people and organizations.

We intend to reinforce our solidarity inside and outside of Iraq within the Iraqi Civil Society Solidarity Initiative (ICSSI), through comprehensive campaigns to create local and international pressure to tackle human rights and social justice issues. We believe the following issues should be addressed together in solidarity:

1. Create awareness of the extreme importance of protecting public freedoms, constitutionally and legally guaranteed, including freedom of expression in all forms and freedom of the press and journalists.

2. Delegitimize ethnic divisions and sectarianism in the democratic process, and protect the rights and security of religious and cultural minorities,

3. Stress that the environment must be preserved and all waste from weapons removed.

4. Areas contaminated by depleted uranium must be cleaned up and a total ban on these weapons has to be signed by all countries.

5. Guarantee access to water for all Iraqi people and protection of the environment, through rules of a fair sharing of water use in accordance with international norms and international agreements between the Iraqi state and all countries of the region.

6. Cancel article 41 of the Constitution* and adopt laws that protect the rights of women, with special attention to the status of women farmers in rural communities.

7. Fight against poverty until the government considers it as a priority. Launch a development plan able to benefit the poorest before any other group.

8. Push the government to dedicate a significant part of the public budget and adopt a clear strategy to improve the level of education of the new generations. Including the fight against adult illiteracy and improvement of scientific research in our universities.

9. Consider the protection of youth from violence and prevention of the culture of violence, poverty, and ignorance as a fundamental investment on the future of the nation. Activate significant policies and programs to protect and value young people in our society.

10. Adopt laws and clear measures to guarantee the rights of workers to organize themselves in free autonomous organizations and unions in accordance with international labour laws and freedom of organization and expression.

11. Establish fair transitional justice processes and systems for all victims of violations and crimes. Adopt the principle of “no impunity” for the perpetrators of crimes, and work for international reconciliation between communities through the culture of nonviolence.

12. Put an end to massive presence and impunity in Iraq of private security companies and to the lack of responsibility by foreign companies – especially oil companies – for the social and environmental consequences of their economic activities in Iraq

The achievement of these goals will require constant joint work, and the ability of Iraqi and international organizations to lead together the ICSSI, with strong attention to demands coming from the Iraqi communities.

We, as participants in the Iraqi Civil Society Solidarity Initiative, agree to use this space to work together towards these objectives. We will organize, jointly, our participation in international events like UN conferences and World Social Forums, and we will hold the next ICSSI conference in Iraq in 2011. We hope it will take place in October 2011, in Erbil, after the First Iraqi International Marathon, a global event to be organized by the Iraqi civil society to promote and uphold human rights and a just peace in our country.

and other organizations from France and Marocco. 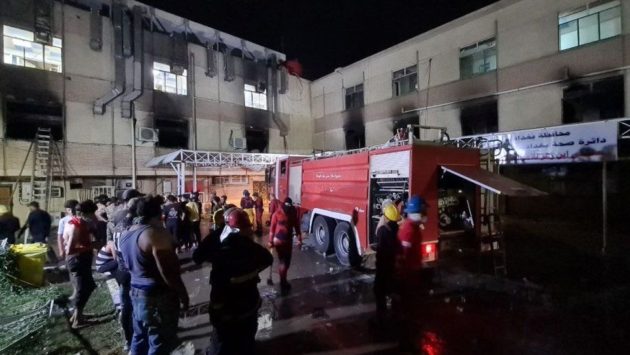 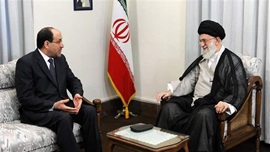