The Iraqi Civil Society Solidarity Initiative (ICSSI) calls on the Special Rapporteur of the United Nations on the situation of human rights defenders and the Special Rapporteur on the promotion and protection of the right to freedom of opinion and expression, to make an urgent visit to Iraq as a first step towards providing protection for human rights defenders (HRDs), particularly journalists.

The ICSSI calls upon the Iraqi government to shoulder its responsibility to protect HRDs, and to start by issuing strict instructions to the security forces and personal guards of public officials that they must not intimidate journalists and HRDs or prevent them from performing their duties. The government must end the impunity of the militias that are responsible for violations of freedom of expression, and should provide protection to HRDs and journalists targeted by armed outlaw groups.

This statement comes as a reaction to the continuing deterioration of the situation for HRDs in Iraq, where in March of this year at least three journalists have been killed, others have been beaten and intimidated, and one HRD has been arrested in Erbil. We refer here to documented cases of violations directed at HRDs and journalists, but many other violations occurred in the same month that we could not fully verify. We denounce and condemn the following facts:

1.      Murdered in daylight by a security officer

One of the officers of the Presidential Protection Guard in Baghdad beat and then shot and killed the journalist Mohammed Bedaiwi Al-Shammari, Director of Radio Free Iraq in Baghdad. The journalist was assaulted in broad daylight, in front of witnesses. The Iraqi government arrested the killer and put him on trial, but according to Iraqi observers this institutional response needs to be followed by tight observation and guidance of all security and military agencies, as attacks against civilians in general and against journalists in particular happen constantly throughout of Iraq.

The Press Freedom Advocacy Association commented on the incident stating: “Some elements of security guards are turning into outlaw militias that assault and beat civilians with impunity”. The Civil Development Organization in Sulaymaniyah (CDO) emphasized that punishing the attacker is urgently important, and rejected attempts by some to politicize the incident by references to the Kurdish identity of the guard who was a member of the Kurdish Peshmerga before he joined the presidential protection forces. According to CDO, this issue should not distract from the more urgent and fundamental problem, which is that journalists and HRDs across Iraq are at risk and are not protected.

This criminal act draws attention once more to the violent behavior of Iraqi security and protection forces towards the civilian population, which led, in June of 2013, to the killing of the Karbala Sports Club coach, Mohammed Abbas. Abbas died after he was severely beaten by members of the Iraqi Special Forces who he was trying to stop from attacking civilians in a stadium.

The ICSSI calls on the Iraqi authorities to issue strict instructions to all security forces and protection guards to respect civilians in general, and journalists and HRDs in particular, as a crucial step toward ensuring respect for human rights and the safety of Iraqi people.

Iraqi journalists are exposed to multiple risks; they live in constant fear of being targeted because of their investigative work or their publications. Threats arrive daily come from different factions: armed groups with suspected links to Al-Qaeda, armed militias operating under the protection of influential parties or directly for governmental authorities, personal security guards of Iraqi politicians or the Iraqi security forces.

The latest victims of such targeting include the journalist Wathiq al-Ghadhanfari, director of the Media Office within the Nineveh Governor Office, who was assassinated in the city of Mosul by unidentified gunmen. Also, the caricature painter and Iraqi journalist Ahmed Al-Rubaie died in Erbil due to rapid deterioration of his health, after escaping the threats and persecution of a well-known militia in Baghdad. The leaders of this militia and some Iraqi politicians threatened him with death for publishing a portrait of the Supreme Leader of the Islamic Republic of Iran, Khamenei.

The Press Freedom Advocacy Association in a statement on Al-Rubaie’s death considered it a murder, and demanded that the Iraqi government prosecute those responsible for his death, as they had threatened Al-Rubaie publicly and terrorized journalists from newspaper that published his caricature, including threatening members of their families.

The ICSSI demands that the Iraqi government identify and prosecute those responsible for terrorizing Iraqi journalists anywhere in Iraq, as an essential step in combating restrictions on the freedom of expression.

3.      Kurdistan, the judiciary system against freedom of expression

The human rights activist and HRD Shwan Saber was arrested in the city of Erbil, the capital of the Kurdistan Region of Iraq, in early March, after criticizing the judiciary in Kurdistan and its lack of independence. Many had hoped that the judiciary of Kurdistan would be a model of independency not only for Iraq but for the entire region, and that it would respect those defending this goal. Instead, public authorities arrested Saber because of his statements, and detained him in Erbil prison. Iraqi and Kurdish organizations condemned this act and a number of civil society activists demonstrated in front of the headquarters of the judiciary in Erbil, demanding Saber’s freedom. He was released on bail but charges against him have not been dropped hence he may be prosecuted, which is a clear violation of freedom of expression under both international law and the Iraqi constitution.

The ICSSI calls for the Kurdistan Regional Government and the Council of the Judiciary of Kurdistan to drop all charges against the HRD Shwan Saber, as an essential step towards ensuring freedom of expression in Kurdistan.

For more information, please write to the following address: icssi.baghdad@gmail.com 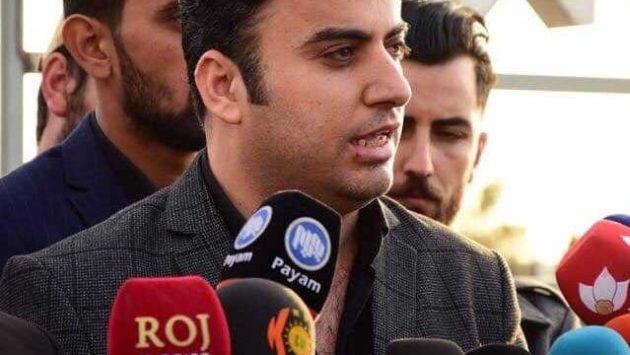 A Journalist Remains Imprisoned in the Kurdistan Region 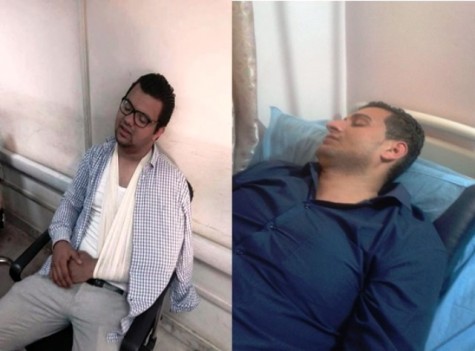 Iraq: Bodyguards of the National Security Advisor Attack A Group of Journalists