On the tenth anniversary of the U.S. invasion of Iraq, Iraqis and U.S. military veterans came together to hold the U.S. government accountable for the lasting effects of war and the rights of veterans and civilians to heal. The Iraq war is not over for Iraqi civilians and U.S. veterans who continue to struggle with various forms of trauma and injury; for Iraqis and veterans who suffer the effects of environmental poisoning due to certain U.S. munitions and burn pits of hazardous material; and for a growing generation of orphans and people displaced by war. As Iraqi civil society tries to rebuild from the Iraq war as well as a decade of U.S. bombing and sanctions, it faces political repression by a corrupt U.S.-established government that is selling off the country’s natural resources to foreign interests. The U.S continues this pattern of violations with its ongoing war in Afghanistan. The United States must be held accountable for its violations of the rights to life and health of these war-torn peoples. 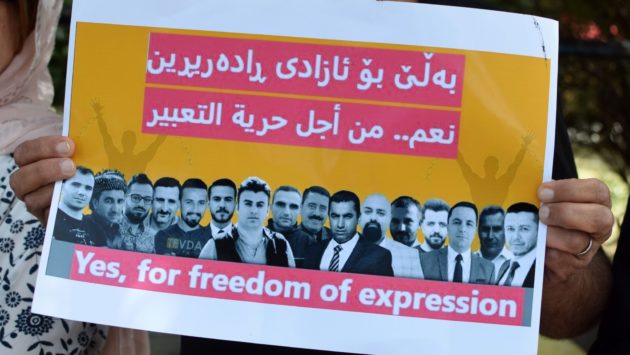