The latest events connected with journalistic work in Ninewa province for the last three months of this year proved that it is the most dangerous town on the lives of journalists and the greatest challenge among Iraqi provinces.

The office of the Iraqi Journalists’ Rights Association Defence  pointed out the violent actions and aggressions against journalists and noted that these attacks are connected with the deterioration of the security situations and the increase in military operation, thus, the deterioration of the security in the city becomes one of its main characteristics.

Along the past three months, the Association followed up, with great concern, the latest attacks committed against Mosul journalists, north of Baghdad.

Five journalists were killed and one wounded, while others received threats through mobiles and electronic e-mails.

The legal advisor of the Association was sent to Mosul to have full knowledge of the case, from the arrest to his release.

According to the decimation available at Association’s office in Mosul, the most dangerous violence operations against the journalists started at the beginning of October, 2013, where three crimes were committed in four days in mid of Mosul city.

The crimes were committed in the day time and not far from the security forces’ eyes.

These events included the killing of three journalists by armed attacks, two of them were working in Sharqiya TV and the third was the media spokesman of Ninewa governor.

Sharqiya TV workers (photographer and correspondent) were killed on 5 October, 2013 during their official duty in mid of the city, while the spokesman was killed east of Mosul.

During the last week of the same month, unknown gunmen shot Mosul TV photographer Bashar al-Ni’aimi while leaving his residence, mid of the city that resulted in his immediate death.

At the beginning of this month, December, 2013, documents were registered by the Association’s office in Mosul of the killing of another journalist, Adel Muhsin Hussein. The culprits fled the crime scene.

Journalist Hussein was the Association’s representative in Telafar town of Ninewa province.

The office got information confirming the names of journalists and activists to be liquidated by the armed group, which were confirmed by security and military sources in the province.

These threats led to immigration of 12 journalists and media personnel, with their families, to other Iraqi safer provinces.

The Association, through its Mosul office, documented fleeing of punishment for the crimes committed against the journalist, as all cases registered in the province during the past years, which reached to 51 killing cases since 2003.

This state of affairs stirred grave concern at the Association for the indifference in following up these cases and their culprits and registering them against “unknown circles or criminals”.

In the light of this “sorrowful” and “dangerous” situation, the Association calls and strongly urges the security forces in Mosul city to work with seriousness,  vocationalism and high responsibility to take necessary measures to put an end to these assassinations and direct threats practiced against the journalist.

The Association calls Iraqi Ministry of Interior to follow up these questions and disclose the investigations on Mosul killings.

The Association regrets that the security forces are not serious in dealing with the challenges and dangers facing the journalists in Mosul, where it noticed “deliberate” negligence in providing secured milieu for the journalists and conduct transparent investigation for these crimes, which are, usually, registered against “unknown persons”, which led to the continuation of serial killings.

The Association warned that there will be a dangerous campaign against the journalists in Mosul city, calling all journalists to protect themselves amid governmental disability.

The Association calls all international organizations to provide secured milieu for Mosul journalists, not only denunciation statements, which are un-useful in such difficult conditions suffered in Mosul. 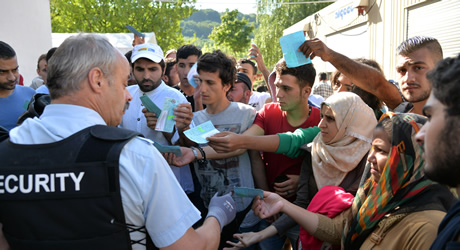