Once again the Iraqi youth wouldn’t slander to depression but join to be part of that candle light which lit hope to resist endless violence and political games.  They are the brave soldiers in war whom fight no matter how strong the enemy is.

Despite the noticeable increase in violent activities in general and in Baghdad for the past three months, coffee shops and playgrounds where young people hanged out were targeted and those insistent youth are fighting for establishing the first Iraqi Social Forum in Baghdad. In July 2013, ISF volunteers reached more than sixty from across Iraq, various religions, united by their love for their country and their hope for a better tomorrow. And in order to organize and train those volunteers, the ISF Preparatory Committee held training workshops for some of those volunteers in cooperation with the Iraqi Network for Social Media (INSM) and its representative Hayder Hamzoz and sponsored by the Institute for War and Peace Reporting (IWPR) and the Danish International Media Support (IMS), with the follow-up and contribution of the Iraqi Civil Society Solidarity Initiative (ICSSI). Those workshops went very well since the volunteers interacted with the workshop and got to know each other. The ISF Coordinator “Ali Sahib” presented a brief Introduction of the Iraqi Social Forum and its objectives and the volunteers got to know the “new media” or the “Social Media” and its importance as a means of communication and teamwork. Over the course of more than 4 hours, volunteers have been trained on the management of Facebook pages and groups, and on a number of modern technologies as well as how to use and manage social networking tools and Twitter. After the workshop there was a meeting on the 8th of July 2013 at Tammuz Organization for Social Development, and during this meeting the volunteers were divided into different working teams according to each volunteer’s ability and interests. Each team discussed some points they were thinking about like things they want the forum to provide for them or goals they want to achieve or even weakness points they want to cover on their working team. After about thirty minutes of discussion one volunteer out of each team stood up to talk about the things they discussed. There were some good ideas and criticizing that eventually would keep the forum from working shallow. Overall the meeting that day helped volunteers to understand each other and let them feel comfortable around each other and one of the good marks is that everyone helped with everything so they expressed their thoughts and ideas that would help other teams as well. In their daily job they keep trying to give a hope and a smile to everyone in Baghdad at the time we are in need for a hope. Their pictures on social networks break the routine and challenging the makers of death and explosions, their work exposes the corruption and exposes who spent Billions of dinars without any found result, they won’t be Frustrate by the Arrogance of the Government and it’s delinquent. They group working exposes the sectarianism and says to it you are not from Iraq and we won’t give up for you.

As those young Iraqis insists on facing death and violence over and over. The secret to why those Iraqi young people keeping to try and work hard is what’s called “magnanimity” or you can call it patriotism and a motive to see change happen by their hands. Wait and see, Iraqis will never surrender for violence and they will be peace makers. 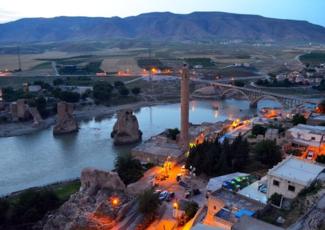