The Press Freedom Advocacy Association held on Saturday a deliberative workshop to put the finishing touches on the “first suggestion to amend the law of journalists rights” prepared by the Association. The Workshop was held at the Ambassador Hotel in central Baghdad, attended by a number of journalists and legal experts, as well as a group of activists in the field of civil liberties. In the beginning, colleague (Yasser Salem) Executive Director of the Association spoke about the efforts made by the association during the past months in order to listen to the views of journalists and lawyers from various provinces of the country, on the proposed amendment, through a series of seminars held in a number of provinces of the country, in addition to the Kurdistan region. As touched on in his speech to the restrictions imposed by the so-called “the law of the rights of journalists” on the freedom of the press and media work in Iraq, stressing that the violations and lawsuits filed against journalists, rose in an unprecedented way after the legislation of the law as the last year alone saw the lift about 600 cases in the “Publishing court” and the media alone, not to mentioning the rest of the courts in the Kurdistan region and other Iraqi provinces.

The workshop participants stressed the need for solidarity with the work of the association for lifting the restrictions on press freedom, considering that “the law of the rights of journalists” adding another negative inter inherited laws regarding the press publishing. Among the most prominent observations raised by the participants is the necessity of definition does not specify any journalist union or association, but leaves configured to work in the media foundation, with the importance of the quality of law including the rights for which they proceeded to the law, Is it physical or moral? the participants in the workshop also called to the need to provide law real guarantees, through clear reporters and texts to ensure job security for them, especially since the “the law of the rights of journalists” in its current form doesn’t offer any functional guarantee but encourages media organizations to separate the journalist chapter arbitrary. Attendees confirmed their support for the Association in a proposal prepared by the amendment, to the House of Representatives, Calling for the release of a broad civic campaign once the discussions on the draft amendment proposal to put pressure on the parliament for approval, while retaining the right to challenge the law and its Abolition, as it does not fit with the articles of the Constitution to international standards. It is worth mentioning that the Association after holding a series seminars in a number of provinces, plans to hold a conference widely in Baghdad, at the end of August, attended by representatives from various Iraqi media as well as representatives of the legislative, executive and judicial powers to approve the proposed amendment and finally hand it over to the legislature. 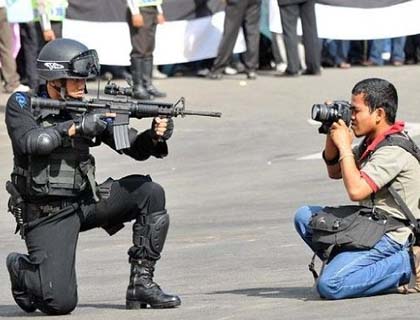