Hassan Juma Awad is the leader of the Iraqi Federation of Oil Unions, who contributed to rebuilding the Iraqi oil industry after the occupation. Now he is facing charges in Basra because of his activism to protect workers’ rights. On March 20, exactly ten years after the beginning of the war on Iraq, he will be in court and risks as much as 5 years in prison, because his country still does not guarantee freedom of association and expression to unions. Iraqi workers are heavily repressed by the Iraqi government nowadays, forced to pay fines and threatened with dismissal or imprisonment for their strikes and protests. Important trade unions from the USA, Italy and France have signed a statement with the Iraqi Civil Society Solidarity Initiative asking the Iraqi government to drop charges against Hassan Juma Awad and his colleagues, to pass a labour law in line with international standards and to ensure workers and unions freedom of association. We ask organizations and unions worldwide to: – endorse this statement by adding you organization here – send copies of the statement to the Iraqi Embassy in their country – provide legal protection or legal advice to Hassan Juma Awad and other union leaders (please contact icssi.project@gmail.com) (Statement follows) His Excellency Mr. Nouri Al Maliki Prime Minister of Iraq Baghdad-Iraq   Best Greetings, We are deeply concerned about the continuing violations of union rights and freedoms in Iraq, in particular in the oil sector. Hassan Juma Awad, Chairman of the Federation of Oil Unions, has been summoned before the Basra Court, on March 20, where he will face charges of organizing a strike at the Southern Oil Company. However, Hassan Juma Awad declares that these charges are false and that he is being accused as part of a Ministry of Oil effort to slander and undermine him and the unions. Also, eight Southern Oil Company workers have been summoned to the General Inspector’s Office in the Ministry of Oil in order for the Ministry to investigate their role in recent demonstrations in Basra, where workers engaged in peaceful protest to express their legitimate demands.  The Iraqi constitution guarantees freedom of association and peaceful demonstrations, yet over the years, the Ministry of Oil has repeatedly taken disciplinary actions against union activists, including transferring them to distant work sites, reprimanding them, filing criminal complaints against them and imposing heavy fines and penalties on them. The Ministry has banned union organizing at the companies affiliated to it, which is also a violation of ILO convention 98, which Iraq has ratified. These attacks on freedom of association and the right to organize and bargain collectively reflect the government of Iraq’s intention to hold on to repressive laws and policies issued under the Saddam Hussein regime. Decree 150 of 1987, which bans union organizing in the public sector, is clear evidence of that, as is the continued enforcement of labor law number 71 and the union organizing law number 52 of 1987, both of which are in contradiction with ILO conventions and international labor standards, though Iraq has ratified sixty six international labor conventions. The Iraqi government’s continued repression of freedom of association and worker rights, based on laws issued under a dictatorship, is in direct contradiction with the principals of democracy and justice that the Iraqi government promises its people. The government of Iraq should immediately cancel the orders issued by the Ministry of Oil to union activists, including all transfer orders, reprimands and arbitrary penalties against union activists. Charges against Hassan Juma Awad, and any other workers who have had retaliatory legal action taken against them, should be dropped. All workers, including public sector workers, must be permitted to freely join trade unions, without government interference in union activities.  All workers must be guaranteed freedom of association and freedom of expression. Finally, we urge you to act to expedite the passage of the new labor law, in compliance with International labor standards, allowing all workers the right to join unions and bargain collectively. We look forward to your positive response on these urgent and important matters. Sincerely, 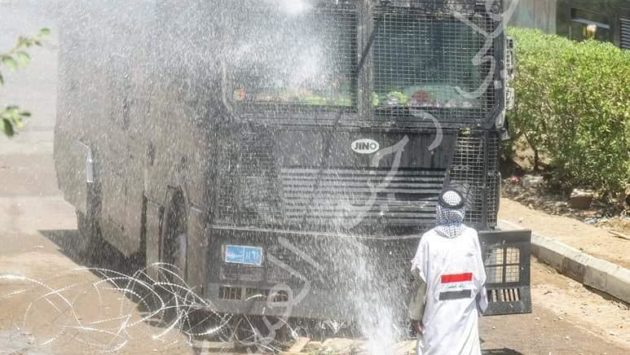 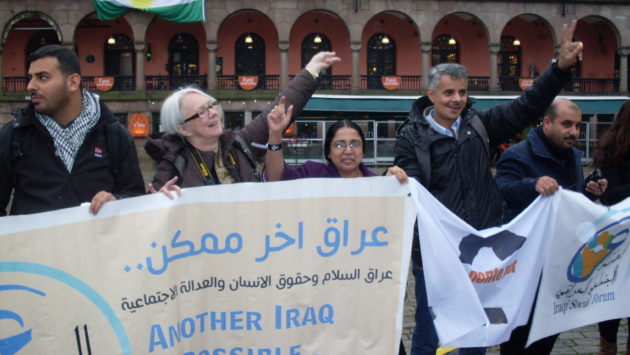 We Stand Together With Iraqi Civil Society Activists! 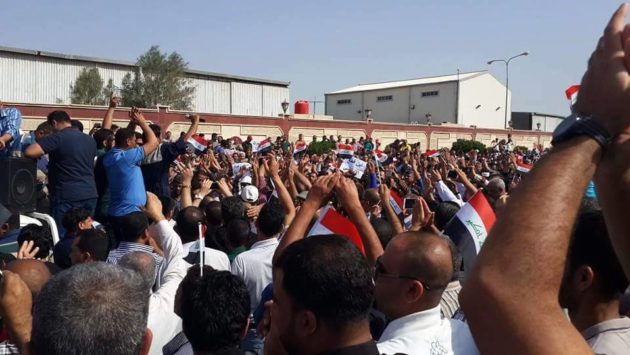