Save The Tigris Campaign

Save The Tigris strongly condemns President Putin’s invasion of Ukraine. We stand in solidarity with the people of Ukraine and with Russians opposed to the war. We uphold the right of all peoples to self-determination and oppose the imperialisms of all shades – whatever their national or institutional origins – that seek to deny that right through military, political and economic means. As a coalition that works in solidarity with those affected by the US-led invasion of Iraq and Turkey’s ongoing war with the Kurds, we have first-hand experience of dealing with the devastating consequences of imperialist wars. Our hearts go out to those who have been forced to flee their homes in Kyiv, Mariopol and other Ukrainian cities in response to this latest manifestation of imperialist aggressions.

We strongly condemn the targeting of critical civil infrastructure and it is use as weapon by warring sides, which bears serious humanitarian and environmental risks.

Nuclear and thermal power plants, gas pipelines, large oil tanks have been targeted, seized or destroyed since the start of invasion on 24 February 2022. Echoing the appeal from the Environmental Peacebuilding Association we call on the international community to mobilize the financial means and technical expertise for remote rapid environmental assessment of the conflict: to support local efforts to identify and monitor conflict-linked environmental damage and threats; and to build capacity for clean-up and prevention of further damage.

Damage to any of abovementioned types of infrastructure would have major humanitarian and environmental consequences. Since our inception, Save the Tigris has campaigned in particular against the use of water as a weapon. We are therefore particularly concerned by attempts to target water infrastructure and use it as weapon in in the Ukrainian conflict.

2)  During the first week of invasion Russian army occupied Kakhovka Hydropower Dam on Lower Dnieper River, while Ukrainian troops fortified remaining dams of the Dnieper cascade to prevent them from falling into hands of the Russian army. Russian military repeatedly accuse the other side of “preparing to blast” dams and dykes, which may reveal their own intentions. One of the first actions that Russian forces took in their invasion of Ukraine was to blow up a dam on the North Crimean Canal (NCC), allowing water to flow back into Crimea, and while some academics were quick to argue that this water was necessary for development of intensive agriculture on that peninsula, taking it back in such a violent manner cannot be justified.

3) At the end of February a saddle dam along Kyiv Reservoir, which prevented flooding of low-lying valley of Irpin River, was blasted and in two weeks water covered long swath of land north of Kyiv. The Demydiv settlement in Irpin river valley is under the immediate threat of flooding. By mid-March the water has already reached some houses’ yards, the locals report. Further water spreading may cause flooding of roads and basements, which will obstruct evacuation of civilians and humanitarian aid arrival. Both warring sides blame the dam blasting on each other, while military analysts point out it may boost defense capabilities of the troops defending Kyiv.

According to experts, there are few elements of strategic infrastructure more important in warfare than hydroelectric dams. They address two of the three biggest development priorities in most countries—power and water. The threat of dam destruction intimidates huge population downstream and in cities using their services. Because of that, dams are aggressively targeted in warfare again and again throughout history.

Historically, the greatest damage was incurred by “hydraulic warfare” during Sino-Japanese war in 1938. To stop further Japanese advances into western and southern China, Chiang Kai-shek determined to open up the dikes (levees) on the Yellow River near Zhengzhou. Official history of the war put the dead in the flood at 900,000 and the number of refugees at nearly 10 million, while modern scholars give lower figures: 500,000 dead and 3 million refugees, most victims being Chinese villagers unable to escape flood.

The second most devastating “hydraulic warfare” event happened on the Dnieper River in August 1941. As Nazi German troops swept through Soviet-era Ukraine, Josef Stalin’s secret police blew up a hydroelectric dam “DneproGES” in the city of Zaporizhzhya to slow the enemy advance. The explosion flooded villages along the banks of the Dnieper River, killing thousands of civilians and military personnel from both sides of conflict. Estimates of human casualties vary dramatically from 5000 to 100 000 people.

More recently in Iraq and Syria, the ISIS has systematically used water as a weapon of war. It has dried up downstream areas (the Euphrates dam in Ramadi in 2015); flooded areas to force out inhabitants (a dam near Fallujah in 2014); used impounded water to deflect attack (Fallujah in 2014); and contaminated water with crude oil (south of Tikrit in 2014). Finally, in January 2022 the New York Times revealed  that Syria’s largest dam on Euphrates, Tabqa, was supposed to be off-limits during the U.S.-led war against the Islamic State, but in March 2017, the Pentagon bombed it anyway, jeopardizing tens of thousands of civilians’ lives. The disaster was largely prevented by hydropower plant personnel risking, and some subsequently losing their lives, but preventing dam overflow.

Turkey has also used water as a weapon in its long-running conflict with the Kurds. Turkish-backed militia have deliberately cut off water supplies to the 500,000 people who live in al-Hasakeh governorate, with severe consequences for the lives and livelihoods of the local people. The problems have been exacerbated by Turkey’s repeated breaches of its international customary law obligations to ensure adequate downstream flows of the Euphrates river, which it shares with Syria and Iraq. Because of dam-building and irrigation schemes in Turkey, the downstream flow of the river has been reduced by 40–45 per cent since the early 1970s, with Turkey deliberately using its storage capacity to exert pressure on its riverine neighbours, particularly in times of conflict.

While assessment of specific impacts from breach in a given dam may vary, there is general consensus, that modern “rules of war” should avoid affecting such facilities due to potential dire consequences or population and environment. For those facilities provide essential services to population and in case of destruction may cause massive damage with many victims among residents. Thus, the prospect of increased attempts to use hydro-engineering structures as tools for incurring damage on opposite side should be condemned and ruled out. Such actions do not do much to undermine military capability of the adversary, but disproportionally put at risk civilian population, which depends on services provided by those dams and is seriously threatened if dams are destroyed and damaged during military action.

We firmly believe that “Hydraulic warfare” in any form, along with targeting nuclear power plants, large oil facilities and gas pipelines, should be considered a war crime, regardless of the intentions of a warring side which is using it. Critical water and energy infrastructure should be off-limit of military action.

On the other side, given regular military activities in civilian areas, the governments of regions at potential risk should carefully consider the vulnerability of dams and other large infrastructure and opt for less vulnerable and more resilient, often more decentralized technological designs of civilian infrastructure. For example, Ukraine before the war still had half a dozen large dams on its drawing board and the post-war government may revise those plans in the light of contemporary events. Similarly, extensive plans for large dams in Tigris River basin promoted by Central Government of Iraq and that of Iraqi Kurdistan should be revised taking in consideration not only inefficiency of reservoirs in dry climate and dire environmental consequences, but also development additional vulnerabilities due to risks of warfare and terrorist acts. 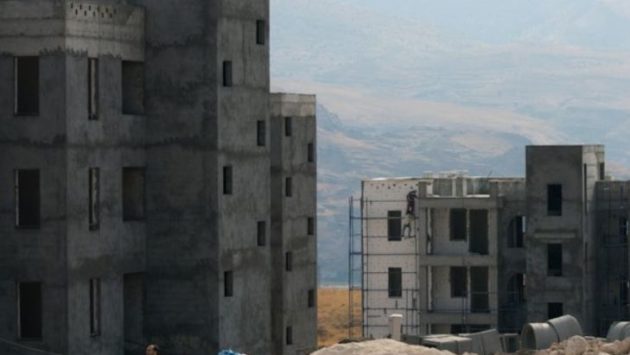 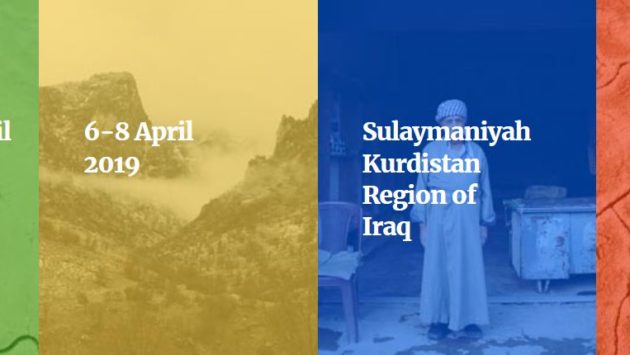