Over the past years, Iraqis have been victims of all the political, economic, social, and sectarian tensions facing the country. As human rights are in the worst condition according to local and international standards. Due to the absence of a human rights law, dozens of activists and human rights defenders face daily torture and disappearance across the country.

It is worth noting that human rights defenders work individually and not in the form of groups or organizations, therefore, they are usually easy to reach by legal and illegal forces in Iraq. The situation has not changed for them, as they are still coping with a state of panic and fear of an unknown fate. Since the October movement, human rights defenders in central and southern Iraq have been living under threat and intimidation. Some of them are either missing, such as activist Sajjad Al-Iraq, or have been killed by explosive devices, hand grenades and treacherous bullets with silencers from time to time at the hands of armed groups that are still unknown. And some of the few left the city and moved to the Kurdistan region or outside Iraq, and those who remained are living under great pressures and restrictions on their activities. There are also those who suffer from malicious lawsuits in the Iraqi courts, the torrent of accusations, and being forced to submit pledges and apologies, while others are accused and referred to the courts under many charges, including sabotage of public property, incitement, defamation and treason. Moreover, more than 90% of the detainees who were released are still being pursued by lawsuits because they were released on financial bail or release and not acquittal as is legally enforced, meaning that the fabricated lawsuits against them still exist.

The post-election period represents an extension of what preceded the elections, in terms of restricting the freedoms of anyone who wanted to criticize the government or comment on the conduct of the elections, whether on the ground or on social media.

In Kurdistan Region, the case of activists and journalists arrest in Badinan by the security forces under the charges of inciting people to organize violent demonstrations has witnessed a large reaction both locally and internationally. After the Iraqi elections, on the 8th of November, Masoud Ali was sentenced to imprisonment for three years and Shirwan Taha for two years and six months. On the 19th of October, Omeed Broshki was sentenced to three years and half imprisonment for these different cases. During the trial, the defendants denied all of the charges against them; their lawyers indicated serious concerns and human rights violations during the investigation and trial process.

We, as human rights defenders in Iraq, stand in solidarity with all Badinan detainees and their families because participating in and organizing peaceful demonstrations, in accordance with the law of the Kurdistan Region, is not illegal, and we hope that the courts will maintain their independence in order to guarantee freedom of expression in the Kurdistan Region.

With reference to what happened in the Kurdistan Region of a mass student protest movement that the authorities faced with repressive methods similar to what happened in October Uprising, it is a method that has become an approach to the authority everywhere, where the demonstrators were exposed to excessive violence by the security services as well as cases of arrest, enforced absence and threats, which is a dangerous indicator. Therefore, whoever resorts to the Kurdistan Region from the government’s brutality in the center and the south is not truly safe from the danger of the authority when their voices are raised to defend human rights.

Police, brutal and repressive methods are not confined to one government without another.

In the difficult labor of a political process, no clear state form was produced until the preparation of this report. The failure of national democratic standards and citizen rights has become a chronic disease for the suppression of freedoms and the targeting of civil activists in all areas of civil work, especially human rights defenders. As the demands of the October demonstrators and the goals they protested and gave a lot of sacrifices for were circumvented, and the government enacted an electoral law that deepened the division and moved with it, adding to political sectarianism and the regional and tribal division, which further restricted the citizens more broadly on freedom of choice. The conflict took a new turn due to the results of the elections and their unstudied law. Demonstrated by the results that represented less than 25% of the number of voters in the country. As 50% of the people were of the boycotters and other 25 abstained from the elections because they were not convinced of the change for which the masses came out. In the meantime, many political divisions have emerged, and with it many conflicts over the division of power and the strive to violent domination by political forces; all of these turned to dictatorships in their areas of influence, starting with:

• Arresting anyone who publishes an opposition or critical opinion on social media pages.

• Assassinations of activists throughout the country.

• The losing forces raised arms in the face of the state under the pretext of sit-ins and rejected the results, as their sit-ins continued for more than two months and in sensitive locations in Baghdad and the provinces.

• The dominance of the militias affiliated with the parties in all governorates indirectly over the political and economic decisions.

• The use of state agencies and their legal and service institutions to serve these forces at the expense of the citizen.

Based on the above data, everyone who speaks discusses, publishes, or expresses any demanding activity or right has become a target and an opponent of these forces and their apparatus at the governmental and militia levels. Therefore, human rights defenders are searching for new ways and methods to help them raise their voices to put forth demands and to defend the rights of all Iraqi society on one hand and to protect themselves and their families on the other.

The margin of freedom promoted is nothing but trickery and illusion through which the authority is trying to sell itself as a human rights defender in front of the world, when prison cells were filled with dozens of opinionated people and activists in the civil society, in addition to the enforced absence and murder.

The challenges faced by the human rights defenders are still the same, as they are still facing restrictions and can not talk about or divulge violations to the human rights cases. Furthermore, the outcomes of the elections indicate that the upcoming four years ahead are not better than the previous ones, on the account that the  Islamic forces that are fortified with armed militia took over the power once again and this is certainly a negative indication with regards to the future of human rights defenders. 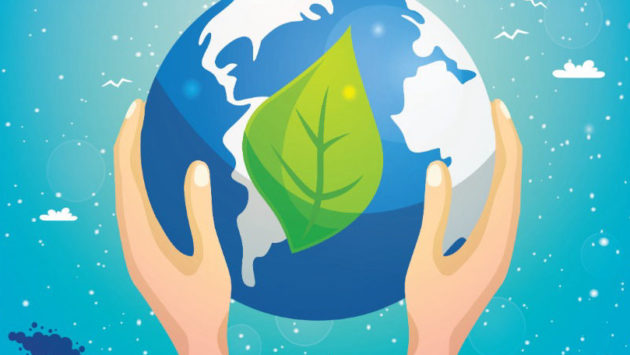 Fostering solidarity across borders to protect the shared rivers of Mesopotamia! 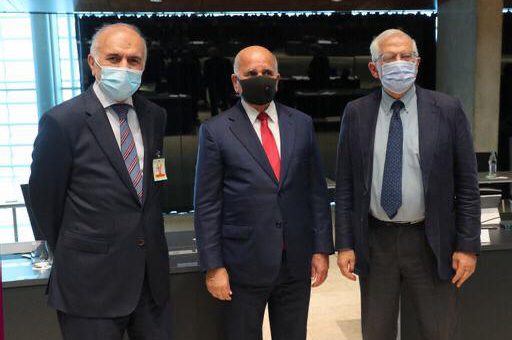 Following an Invitation from the Iraqi Authorities, the EU had Decided to Deploy an Election Observation Mission