Authorities in the Kurdistan Region of Iraq continue to violate freedom of expression and freedom of peaceful assembly by suppressing online expression and targeting journalists and Internet activists. In this periodic report on the region, the Gulf Centre for Human Rights (GCHR) also documents the assassinations and arrests of civil society and political activists.

Prisoners of conscience on hunger strike

In protest against the deliberate and repeated postponement of their trial, prisoners of conscience detained from the Badinan area (Dohuk Governorate) in the Kurdistan Region began a hunger strike on 08 September 2021. Local reports confirmed that the end of the strike has not been officially announced, despite the deteriorating health of some participants such as journalist and civil society activist, Ayaz Karam Burji, and journalist, Kohdar Mohammed Amin Zebari

The hunger strike comes against the backdrop of the repeated postponement of court hearings for a number of prisoners of conscience. A member of the prisoners’ defense team (a group of volunteer lawyers) stated in a press conference held in front of the Criminal Court in Erbil on 08 September 2021, that the trial of several prisoners had been postponed until further notice, following which, the detainees declared a hunger strike before the judge in light of the despair they feel at the repeated postponement of their trial. The member of the defense team also confirmed that the detainees had reached a stage where they could no longer bear the lack of a verdict in their case.

On 15 September 2021, the security authorities in Simele district arrested journalist, Dalman Faraj Khanki. He was finally released on 20 September 2021, on bail of 3 million Iraqi dinars, on the condition that he would not engage in any media activities on social networks. He was summoned 83 times by the security forces since 2014 due to his peaceful activities on social media networks.

Khanki founded the Habun TV channel, which is concerned with spreading Yazidi religious culture and heritage, as well as humanitarian activities to support the displaced from Sinjar district. Khanke confirmed to GCHR that he could not open a Facebook page due to security pressures.

On 23 September 2021, the Criminal Court in Duhok imposed a one-year prison sentence on journalist and civil society activist, Omid Haji Brushki, in both cases brought against him. The first case is related to his alleged “destabilization of security in the region,” while the second case is about “his criticism and his attitudes toward the Kurdistan Regional Government.” The court postponed the sentencing hearing in a third case related to his publication on his Facebook page about a parliamentarian from the Kurdistan Democratic Party (KDP) traveling outside the region during the Covid-19 Pandemic period without being punished. It is reported that Brushki went on hunger strike inside the prison for a whole week in the run up to the issuing of the last verdict against him. His hunger strike was in protest against the security services’ decision to prevent him from speaking with his lawyers and against the general mistreatment of prisoners of conscience by the security services.

Furthermore, on 22 June 2021, the Dohuk Misdemeanor Court sentenced him to one year in prison and a fine of 240,000 Iraqi dinars (approx. USD $165), after he was convicted of misuse of social media and calling for peaceful and popular demonstrations to demand the rights of employees and comprehensive reform in the region.

On 29 September 2021, the Duhok Criminal Court issued a six-month prison sentence to civil society activist, Khalat Sindi, after he was charged with criticizing the Kurdistan Regional Government on social media networks and during his media interviews. He was arrested on 15 July 2021 upon his arrival in the Kurdistan Region.

It is noteworthy that Sindi holds British citizenship and has lived in Britain for years before returning to the Kurdistan region two months ago. He criticizes the local government’s way of dealing with prisoners of conscience, poor public services, and rampant corruption in the region.

On the evening of 16 September 2021, a group of armed men shot and seriously wounded the political activist, Farhad Bashkundur. He is currently in stable condition. The next day, the security authorities announced the arrest of a person who had committed criminal acts, including this assassination attempt, without providing any further details.

On 17 September 2021, an armed group in the Jargra neighborhood of Sulaymaniyah city shot the political activist, Yassin Bulut, who also goes by the name of Shukri Sarhad, killing him instantly. It is reported that Bulut had been living in the city of Sulaymaniyah, where he received hospital treatment, for years.

On 19 September 2021, the Criminal Court in Dohuk sentenced political activist, Mulla Nazir Nabi Shafiq Barwari, head of the Social Committee of the Patriotic Union of Kurdistan (PUK) in Zakho district of Dohuk governorate, to 7 years in prison, on charges of communicating and cooperating with the Kurdistan Workers’ Party (PKK). His lawyer confirmed that all the charges against him are fabricated and that there is not enough evidence to sentence him to prison. The security forces of the Kurdistan Democratic Party (KDP) arrested Barwari on 11 February 2021.

On 19 September 2021, the Criminal Court in Dohuk also sentenced political activist, Nemat Kounish, a member of the Peoples’ Democratic Party (HDP), who is residing in Erbil Governorate, to a 7-year prison sentence on charge of collaborating with the Kurdistan Workers’ Party (PKK). Konish had been living in Zakho district since 2009, when the Asayish forces (Internal Security) demanded that he leave the Kurdistan region and go to Turkey or Syria. However, Konish went to the city of Erbil, where the security forces summoned him to appear before the Asayish who arrested him upon his arrival in Erbil on 02 February 2021.

After the ruling was issued, his wife said in press interviews that, “Naamat was staying at home and he had no guilt, and he was arrested and sentenced to seven years in prison.” She also confirmed that, over the course of his 73-day detention, the security services prevented her from meeting her husband except on two occasions. Furthermore, one of Kounish’s sons reported that his father was subjected to psychological and physical torture throughout his detention.

On 29 September 2021, the Asayish in Erbil released Jihad Hassan, representative of the Autonomous Administration in northern and eastern Syria in the Kurdistan Region of Iraq. He was sent to the Semalka crossing on the northeastern border of Syria with Iraqi territory after his personal belongings were confiscated. The security forces arrested him on 10 June 2021.

Clergy targeted due to a Friday sermon

In retaliation against a Friday sermon delivered on 24 September 2021 that was critical of the Kurdistan Regional Government, the Directorate of Endowments of Sheikhan District of Dohuk Governorate decided, after pressure from the security authorities, to ban the muezzin and preacher of the Great Mosque in Kalakji sub-district of Sheikhan district in Dohuk governorate, Mullah Shirwan Kalakji, from giving speeches. He was also dismissed from his job as a preacher at the Great Mosque.

Once again, the G|CHR calls on the Kurdistan Regional Government to immediately and unconditionally release all who are detained in violation of their right to assembly. The authorities must fulfill their constitutional obligations not to violate public freedoms, including freedom of peaceful assembly, freedom of expression, and freedom of the press. The authorities should also allow international delegations to enter without any restrictions to monitor the human rights situation in the region. 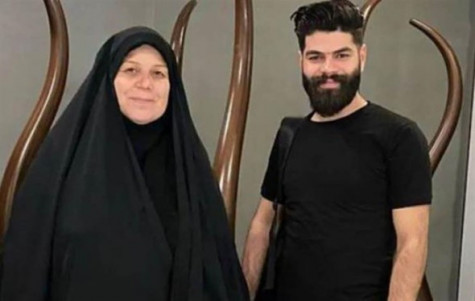