Responding to a call from the Oil workers defense committee, hundreds of workers from various oil fields (North Rumaila, South Rumaila, Birjisyya, West Qurna and Bab Al Zubair), on the morning of Wednesday, February 13th of 2013. The protesters gathered before the main entrance of the Southern Oil company, the security officers gave their orders to keep the gates closed, but as the number of protesters increased, the gates were open and the demonstrators marched towards the Zegurate location where the office of the company manager and different departments at the HQ.

The protesters shouted their slogans demanding the resignation of the company’s manager and the administrative director, and to kick out Ba’athists who are in senior leadership position. . Among the slogans: (The people’s oil is not for the people, its just for the thieves), (why did the company manager steal all the oil?), the protesters carried signs on which they wrote their demands that included their legitimate worker rights, such as housing, as well bringing certain figures of corruption to justice.

Several satellite channels and news agencies covered this event, and many of the protesters stated that this demonstration has nothing to do with the protest demonstrations that are taking place in rest of the country, it is exclusive to the demands of oil workers that are stated in the statement of the Oil Workers Defense Committee. It’s worth mentioning that many of the demonstrators were threatened by the company security personnel who claimed that the protesters broke into the locked main gates of the company.

This is the statement of the oil workers’ rights defense committee:

“Let us unite to defend our rights, and cripple the corrupt at the Southern Oil Company

Dear brothers, you all realize that our struggle with company management is significant, and you have seen how it confronts us at any time we raise our voices to demand our rights, it does that with procrastination and punishments.

You have participated in previous protests and achieved part of your demands, but unfortunately the company management always goes back to its usual trend and denies those rights.

We at the Oil workers’ rights defense committee, in which most Oil workers are represented, have decided to organize a worker’s demonstration on Wednesday the 13th February, 2013 at 9 am before the Southern Oil Company HQ office, to resume our re-stress our demands, we call everyone to focus on the essential demands and not bring up partial demands that do not represent the oil workers’ rights.

The committee also announces that this demonstration has nothing to do with other demonstrations that are taking place in other parts of Iraq, and we warn the politicians not to use it for their political agendas.

The demonstration is to protest against corruption, and to demand our rights to the following:

1- We demand the payment of the accumulated interests since 2010 that are equal to 365 Billion Iraqi Dinar. We are concerned that with this prevailing corruption, those interests will be misused.

2- We demand the construction of houses on the pieces land (at Al Toba and Al Nakhaila districts) that were distributed to workers 8 years ago, and to be built by investment companies, without charging the workers any down payments. We also demand the distribution of pieces of land at Al Tannuma district to the eligible company employees.

3- We demand an immediate cancellation of all resolutions that restrict union work and to issue fair labor legislation.

4- We demand medical treatment in specialized hospitals to workers at the oil field that were battle fields at some point and that are polluted with radioactive uranium, especially South and North Rumaila fields. To cover all medical charges by the foreign companies and to conduct regular inspections on those hospitals.

5- We demand to ban announcing the special hospital of oil workers to private investment, and to limit its services specifically to oil workers and their families, just as the goal was when this hospital was first opened.

6 We demand to raise the maximum ceiling level of the financial bonus to oil workers in general, from 1 Million up to 4 Million Iraqi Dinars.

7- We demand to process the promotions of work category scales (that has been frozen on fourth level/ stage 11) for the last 6 years.

8- We demand to know the details of the new bonus that has been recently approved by the Ministry of Oil, and to announce the equation in which its calculated.

9- We demand the re-activation of overtime shift allowances, and those for the official holidays and hazard, that were considered, previously.

10- To activate the training and development unit through including the company’s staff in workshops and training program, especially the ones that are relevant to their job title, also to recognize the workshops that are conducted at field sites. “ 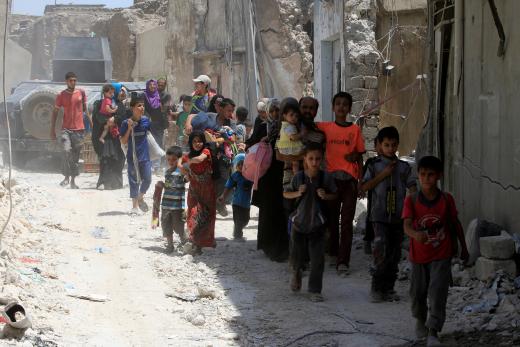 Iraq Alert: Breaking the Cycle of Division, Justice for all Iraqis