On Saturday, December 12, 2020, the President of the Republic of Iraq, Barham Salih, announced that Iraq was heading into a new, greener era during a speech at the UN-organized Climate Ambition Summit 2020.
Iraq would do much more to support renewable energies and reduce carbon emissions and other pollution, President Salih said. This also involved promoting the private sector in Iraq along with the role of women and youth in economic development, he added.
This was despite the challenges the country still faced after years of conflict and that Iraq itself had comparatively low per capita emissions.
During the event – which was jointly hosted by the United Nations, France and the United Kingdom and which took place on the fifth anniversary of the Paris Agreement on climate change – President Salih noted that, on September 22, 2020, the Iraqi Parliament had voted to accede to the Paris Climate Agreement.
Since then, Iraq had started preparing its nationally determined contributions (NDCs), he added, and would consider this the country’s penultimate document when making policy regarding climate change, or that  worked towards a green and sustainable economy.

The full text of the speech follows:

As everyone knows, as the result of wars and various conflicts, Iraq has been dealing with difficult circumstances for four decades now. These have defined the country and also made it one of the nations most vulnerable to climate change. Economic, industrial and technological development have been hindered and as a result Iraq is not among the major producers of greenhouse gases.

I have the honor to announce that, on 22 September, 2020, Iraq’s Parliament voted to accede to the Paris Climate Agreement. Iraq is heading into a new era, planning on a paradigm shift toward more economic diversity. This includes support for renewable energies and access to environmentally friendly technologies, as well as helping the most vulnerable parts of our society and the most vulnerable regions, those that are particularly exposed to the impacts of climate change and economic fluctuation.

As well as mobilizing for more pro-environmental actions, we will also promote further investment by the private sector, focus more on young Iraqis and support women’s roles in economic development.

In a prompt response to our accession, Iraq began to work on our own nationally determined contributions (NDC), a vital part of the United Nations Framework Convention on Climate Change, in an effort to build a greener economy between 2020 and 2030.

In conclusion, I want to wish all of you every success in these noble efforts. I hope this Summit will be a success and that we will all contribute to these vital ambitions on global climate change and reducing emissions.
Thank you.” 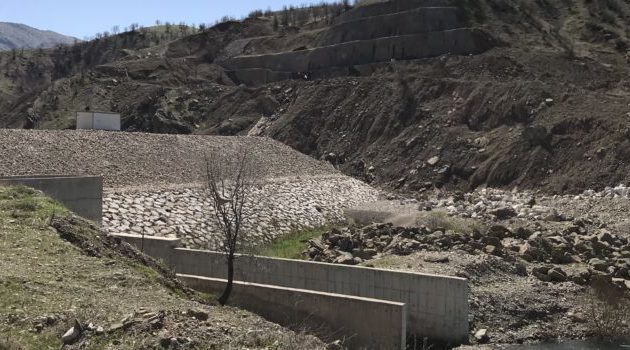