The security crisis is getting complicated in Diyala governorate in eastern Iraq. In Diyala, there are many challenges between clan conflicts due to the ansence of law. Additionally, there are many terrorist attacks by “ISIS” on towns and villages that are not fully secured by Iraqi forces. According to officials and observers, there are many armed militias involved in the sectarian settlements for years in various cities and towns, resulting in many mortar and Katyusha shells dropping constantly for years in different parts of the city.

The continued targeting of militias with mortar shells on towns in the northeastern region of Diyala caused multiple waves of displacement during the current year from towns, including the Muqdadiya district and its suburbs, Jalula, and many villages such as Abu al-Khanazir, al-Mukhisa, Kubba, and Abu Karmah, as well as some of the densely populated towns like Al-Ahaim, Al-Abarah, and Al-Waqif that have been subjected in the past months to an intense series of “mortars.”

Sources from the Parliament and other officials confirmed that there are multiple parties behind the attack. Sources also indicated the presence of various parties behind the attacks targeting targeting the Diyala Province. A Member of Parliament’s Security and Defense Committee, Abdul Khaleq Al-Azzawi, stated in a press statement that, “in the recent months, Diyala witnessed the return of the case of mortar fire on villages and  residential areas, some of which caused civilian casualties and material damage.” Al-Assawi also added that, “several sides are behind the firing of shells, including ‘ISIS’, while others are armed groups who want to cause chaos to achieve multiple interests.”

Additionally, an Iraqi officer affiliated with the army said, “Diyala has witnessed since last month more than ten unknown rocket attacks on small villages and towns, and about forty mortar shells have fallen on the people, which led to loss of lives and crops and livestock.”

The officer also explained to Al-Araby Al-Jadeed that “the majority of mortar shells are launched from areas where some members of ISIS are present, which led the Iraqi forces to attack them more than once. Some of the shells are launched from the areas controlled by the armed factions that belong to the “Popular Mobilization Units.” But, the Popular Mobilization Forces apologized more than once for leading Diyala’s operations in unannounced letters, pointing that what happend ‘is nothing but military mistakes or individual actions and threatens to investigate and hold whom are involved accountable.’”

He also pointed out that “some of the armed factions are seeking revenge against the people in towns east of Diyala, which are Al-Hawdh, Abu Saida, and others, as they accuse them of their loyalty to ISIS, despite the fact that those people have already paid the price for the liberation of their areas from ISIS’s control. However, ISIS members were still attacking the security forces, seeking to destabilize the security of Diyala since they are still hiding close to the area in Hamrin Mountain.

Dawood Salem, an activist from Diyala living in Erbil, pointed out that “the reason for the deterioration of the security situation in Diyala, and the instability of the province, despite the liberation from ISIS, is due to the control of the parties and militias on security decisions.” Salem added, “Badr Organization in particular, which is run by Hadi al-Amiri, controls the security decision and takes over the province almost completely.” Salem also explained to Al-Araby Al-Jadeed that “the militia’s control of Diyala still exists and is getting aggravated day after day to the extent that some villages were evacuated after bombings. Additionally, the practices by the armed groups and the Popular Mobilization Forces are part of the sectarian settlements and demographic change.”

A member of the Iraqi Council of Representatives for the province of Diyala, Raad Al-Dahlaki, indicated that “the security problems in Diyala are handful because the region suffers from uncontrolled weapon and mobile gangs and no party in the Iraqi government is held accountable still.” Al-Dahlaki also indicated to Al-Araby Al-Jadeed that  “all the forces, military formations, and armed factions, which are responsible for protecting the city, are blamed for the bombing of some villages and towns because it was their responsibility to protect, follow-up, and defend Diyala.” Additionally, Al-Dahlaki pointed out that “many residents intend to leave their villages to move to safer areas because of the security chaos.” He added, “what has happened in Diyala years ago represents heinous crimes against humanity.” Al-Dahlaki also stated that “the parliamentary movement by the representatives of Diyala in the Iraqi Parliament to close the case of displacement and instability, restoring security, and preventing the continuation of security chaos is among the first essential tasks of Parliament’s representatives, but only if the government supports those initiatives and works to protect the citizens of Diyala.” 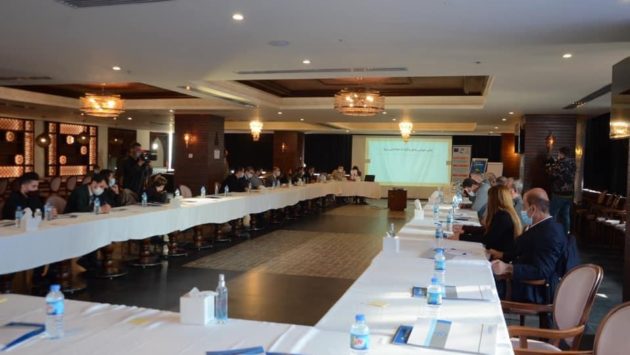 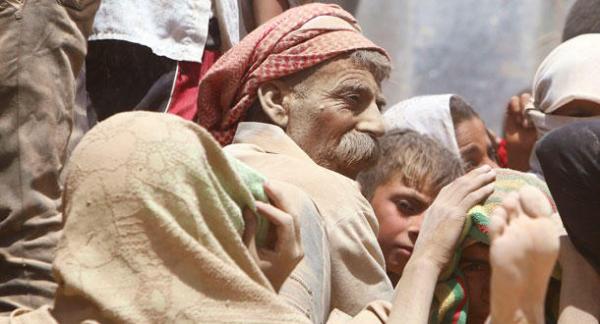 Protection of Civilians in the Non International Armed Conflict in Iraq