Our fears have become reality: domestic violence is steadily increasing after the implementation of social distancing rules and the quarantine. Violence can be used as a tool to repress and constrain behavior that is deemed unacceptable in society, and Iraqi women today are finding themselves particularly vulnerable to violence as they continue to be bound by stereotypes from older generations which narrowly define what is appropriate for women to say and do. The regulations now in place to combat the coronavirus are revealing the profound dangers of enduring false stereotypes within a patriarchal culture

The current pandemic has provoked a crisis mentality in much of society, and both men and women have been thrust into traditional roles, roles which are oppressive and outdated. As a result, the pressure on Iraqi women is enormous. There is effectively a double expectation: women must tend to all the family requirements and care for all household details while simultaneously maintaining their professional roles from home. In addition, many have to endure unfair treatment by men who assume they have the right to act with complete freedom and impunity towards their family members, including their wives. To make matters worse, the Iraqi constitution does not have clear legislation in place against domestic abuse and thus cases of violence against women can offer no deterrent that might dissuade men from committing this kind of crime.

A woman stuck in an abusive marriage today is stuck in a real bind. She finds herself living under one roof with her husband, a partner from whom in most cases she cannot escape even to her family for fear of the harsh judgement from society. The social pressure is intensified due to an almost sacred sense of what family is. This is an ideal that has been cultivated in her imagination since childhood, and the fear of shattering this image of the ‘happy family’ in front of her community is powerful. Even if all these fears were overcome, she would face major practical obstacles if she were to try to report abuse, her fate would be unknown after complaints were lodged.

These are significant concerns that prevent women from resisting or standing up to violence and demanding their rights. Because women have so little legal and institutional support in these matters, problems like this are not acknowledged: they fall under the shadow of ‘family privacy’. Even those government agencies that are concerned with issues of domestic abuse tend to take a spectator’s role for fear of tribal reactions. All this leads to a massive lack of experience in dealing with such problems. In short, we simply do not have teams of professionals who are trained to deal with cases of violence, especially gender-based violence which demand complete confidentiality. These factors constitute a barrier that the victim cannot overcome.

Because the existing system does not criminalize such acts, it provides the perpetrators of violence with loopholes and, in some cases, explicit channels that allow them to evade justice and punishment. The systems now in place do not address the dire situations too many girls and women face, and thus can play no effective role in protecting them.

This period of societal isolation threatens to increase the number of victims of domestic violence significantly, both globally and locally. The reasons are many, for instance, both economic hardship and the curfew have forced men to stay home for long periods of time, a situation to which most are not accustomed. Both of these reasons have had a significant psychological impact on men. Families with many children living within the same house, or different families forced to live together have created particular needs and problems in addition to the fear and anxiety surrounding the COVID-19 pandemic. Previously, men could release some of the tension and psychological pressures they faced at work or outside the home with friends. Now they are forced to turn all this inward, and it can become a mental illness that is released at home, against the family, verbally and/or physically. Despite the fact that stories of domestic violence pass our ears constantly, all too often they elicit no response; the weakness of the law and the power of tribes over the law make any reaction seem futile. We only know a small percentage of the real numbers of women who have experienced psychological, sexual, verbal, and physical violence for many of them have not survived to tell their stories.

As the “She Revolution” platform, we stand in solidarity with abused girls and women, and we will do everything possible to try to change this painful reality. We hope that pressure on legislators to make — and enforce — laws against gender-based violence will continue until we are able to stand up against domestic violence in all its forms and get justice for all its victims. You can read about some of these cases of domestic violence, totally unedited, under the hashtag #Every_day_Malak. This was established by a group of activists who sought to bring to light some of the many painful stories of women who died because of violence or are still living a life filled with pain. 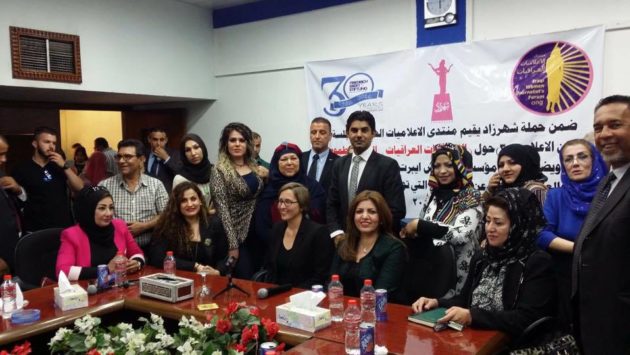 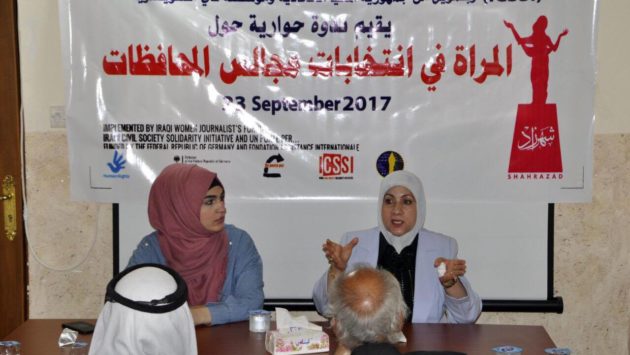