Iraqi protests have escalated in the city of Kut, the center of Wasit Governorate (central Iraq). Peaceful protesters spread to the street leading to the Qa’immaqamiya (Local Administration) building, while others tried to reach the Wasit police headquarters. Iraqi forces met demonstrators with direct fire, killing one person and wounding others, including 3 who are now in critical condition.

Security forces continue to use live bullets and tear gas to disperse the city’s demonstrations as protesters close schools and government institutions, and cut access to bridges and major roads, including Al-Houra Street. The otherwise peaceful protesters have thrown stones in response.

Local sources in Al-Kut told Al-Arabi Al-Jadeed that large numbers of protesters went to join others near the Wasit police headquarters, and clashes between them and security forces ensued. A heavily armed security force arrived at the scene, which might well lead to an escalation of violence and repression during the night.

Thousands of students, employees, and demonstrators joined together at Al-Haboubi Square in Nasiriyah (Dhi Qar Governorate Center) to demand that the parties responsible for attacking the protesters in the public square be held accountable. The continued presence of protesters there reaffirms their commitment to end international intervention and repressive practices against the demonstrators. Other protesters cut access to the main bridges in Nasiriyah and security efforts failed to disperse them. Anti-riot police fired bullets to disperse the gathering of protesters at the city’s express bridge.

Meanwhile, demonstrators in the city of Najaf (southeastern Iraq) gave ruling authorities a deadline that expires next Saturday to implement the changes they are calling for, specifically to:

3.) set the date for early elections in a period not exceeding 6 months.

Demonstrators distributed leaflets to those participating in the Najaf sit-in outlining measures to be taken in the event that the deadline passes and their demands are not met.

Among these measures are the closure of the external roads of Najaf Province, the closure of all state institutions, except for those relating to service and security, and the prevention of Najaf representatives in Parliament from entering the province due to their inability to take clear action that meets the needs of the protestors .

The statement of the Najaf demonstrators concludes, “If the procrastination continues, we, the protesters will escalate — we will resort to more aggressive tactics against the ruling authority”.

The demonstrations in Najaf were not limited to the sit-in in Sadryeen Square, but also extended to other areas, including a substantial gathering on the road to Najaf International Airport.

In Basrah, more large groups of protesters gathered in public squares to renew their demand that killers be held accountable. Other demonstrators commemorated the martyred demonstrators, including the journalists Ahmed AbdulSamad and Safa’a Ghali, and activist couple, Hussein and Sarah. They made an urgent call for fair trials for the killers, and insist on the removal of the Governor of Basrah, Asaad Al-Aidani, and his security leaders.

In Baghdad, the flow of people continues to fill Al-Tahrir Square in the center of the capital, while the demonstrators raised large banners on the Turkish Restaurant (Mount Uhud) calling for the United Nations to intervene to protect the demonstrators from government repression. Ambassadors of 16 countries in Baghdad have already demanded that Iraqi authorities stop their horrible violations against the protesters. 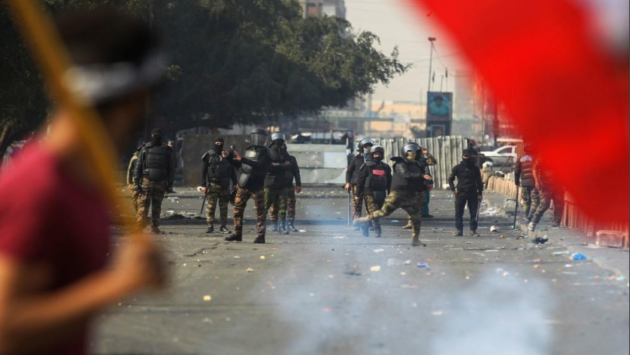 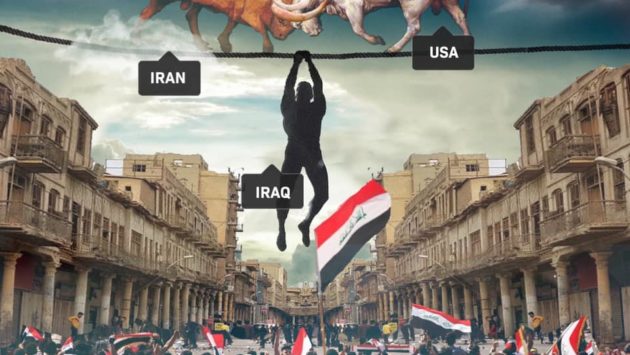 Stop New War in Iraq! The Time to Stop Escalation is Now!