Over the past few summers, as scorching heat meets a growing dissatisfaction with their government’s inability to provide basic services and employment, Iraqis have taken to the streets to protest. These demonstrations have occurred primarily in southern Iraq and in Baghdad, where violence has been relatively contained for several years now. To many Iraqis, protest is the only voice they have left. They view the formal political and electoral process as just reinforcing the same elites who have repeatedly failed them since the U.S. invasion of 2003 that toppled Saddam Hussein.

Last summer’s protests in Basra, however, altered the dynamics of these public outcries. Unlike previous years, protesters marched against all sides of the Iraqi political spectrum—including the mainly Shiite, state-backed paramilitary groups known as the Popular Mobilization Units, or PMU, which had previously been considered a sacred force in Basra for liberating Iraq from the Islamic State. Almost a third of the PMU fighters have come from Basra. Unlike previous years, demonstrators in 2018 went against calls from populist Shiite cleric Muqtada al-Sadr, who had championed the protest movement in the past but was now forming the government, after his political coalition had won the 2018 parliamentary elections. More critically, the protests also turned violent, as political party offices were torched and at least 23 demonstrators were killed in clashes with security forces. … 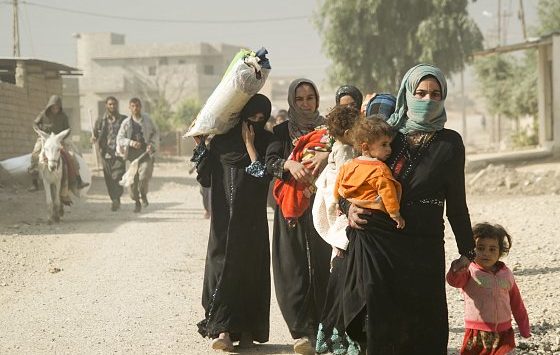 What The War on Terror Looks Like: Iraq in The Eye